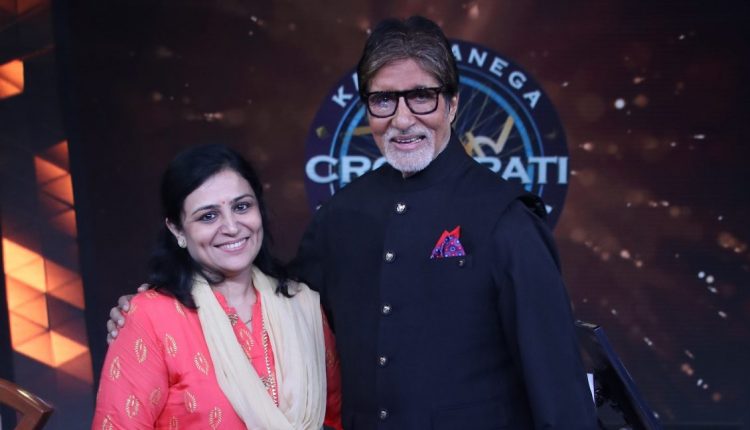 KBC 10 first crorepati Binita Jain: I will use the money to build a dental clinic for my hardworking son

“Main zindagi ka saath nibhata chala gaya, har fikre ko dhua mein udaata chala gaya,” the famous Mohammed Rafi song is an all-time classic. And Binita Jain’s fikra ko udaata chalagaya journey in Sony TV’s flagship show Kaun Banega Crorepati is the proof that classics are always relevant. The first crorepati of the 2018 edition of the Amitabh Bachchan hosted show hails from Guwahati Assam. She sat on the hot seat and passed levels after levels with patience and precision. Her secret ‘process of elimination’ technique helped her to reach the correct answers whenever she had doubt, and she reached a feat which will stay alive and relevant as a classic, for a very long time.

Along with general knowledge, Binita also carried a painful story that shook her life. In 2003, when her son was studying in Class VI and daughter in Class II, her businessman husband was kidnapped in one of his official tours in the Northeast. She and her family still wait for him every day, every hour.

“Those days such instances used to happen quite frequently,” Binita shared. And she is right. Who wouldn’t remember the Dhemaji school blasts or the serial bombings of 2008? Death dropped down from the sky or was hiding under the ground. More often, it was black smoke than blue skies, fear than free, parents were separated from their kids, siblings lost each other and friends never met again. “But things have improved now and people are safe and secure,” she added, true again!
The story of Assam is very much identical to Binita Jain’s journey. A story from sorry to sublime. She won a crore and more than the money, she won hearts, millions and millions of them. At the same time, as an ambassador of the state, she made Assam proud. She proved that the darker days have always been followed by finer hours. She reminded the world about the state’s richness when she handed over a sample of costliest tea in the world to Big B.
Barakbulletin.com’s correspondent got hold of the crorepati in the broadcast giant Sony Pictures Networks India’s headquarters in Mumbai, and here is what she had to say:
Has the feeling of being the first crorepati finally sunk in?
It all still feels like a dream. I am shocked at being treated like a celebrity (laughs). When I registered for KBC, I never expected to reach so far. But as I crossed levels after levels, I gained confidence. It has been an amazing experience overall. Meeting superstar Amitabh Bachchan was also a highlight. At this age, he looks so dashing that I couldn’t stop myself from complimenting him on the stage.
It’s a lot of money that you have won. What do you plan to do with it?
The entire sum will be saved for my son’s future. He is currently doing his masters in dentistry. We plan to start his clinic with the money, once he is done with his degree

Even after the tragedy, the thought of leaving Assam never struck my mind.

On the show, you said things have changed in Assam and it is a much better place now. After whatever you went through, what made you say so?
15 years ago, there used to be the terror of militants not only in Assam but in almost all the states in the Northeastern region. It is not a hidden fact. There have been cases of terrorism, extortion, kidnapping and all. People were so petrified that they never left their houses at night. Even going to the theatres for a night show was a farfetched dream. Gradually, things have started to improve and today, nobody is petrified. The militant issue has also been brought under control. We can now see girls moving around without fear. The theatres are sold out at night, and everyone returns home safe. That is what has changed. 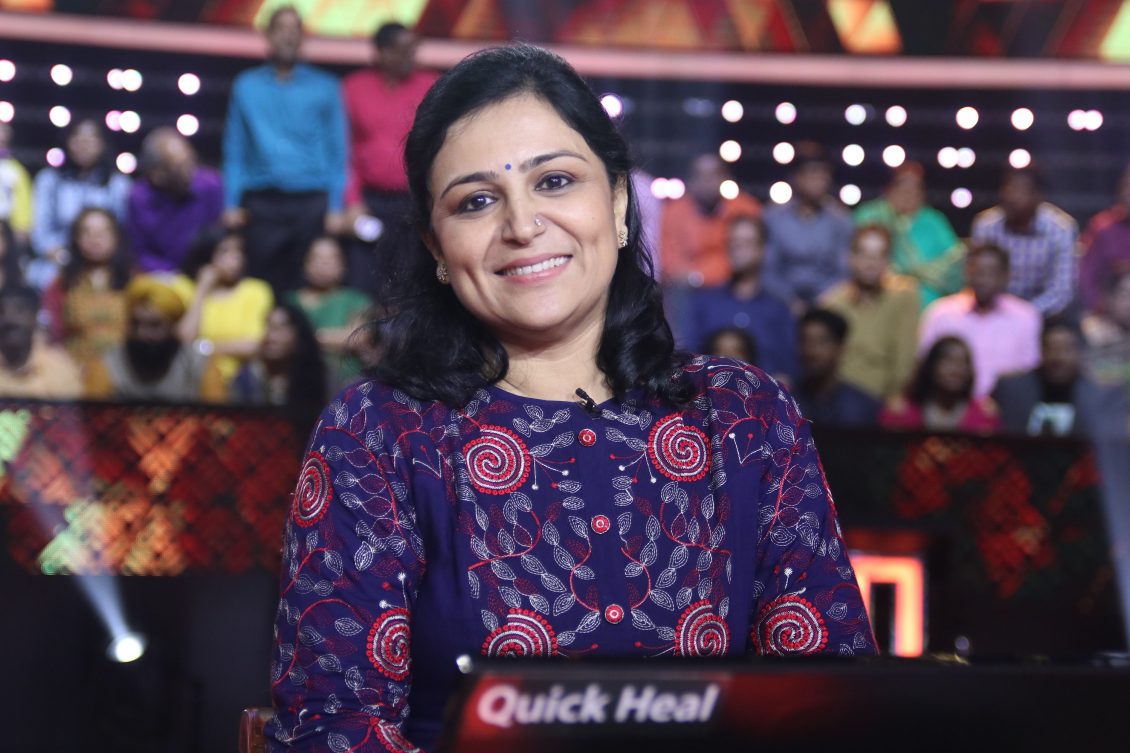 You faced a dreadful incident. Didn’t you ever think about leaving the state and settling elsewhere?
I don’t blame Assam for whatever happened. In fact, I don’t think the state has got anything to do with it. Assam is my birthplace, my parents have been living there since ages, and so are my in-laws. We consider ourselves more Assamese than Marwaris. Something like that could happen in any state. So, the thought of leaving the state never struck my mind.

I am shocked at being treated like a celebrity

How has been the response back home after they got to know about your achievement?
The show has just aired. So, I did not get to spend much time there, since I came back to Mumbai. But the love and warmth that I received on social media so far, is just outstanding.
One of the guests who attended the show told us that your daughter fell down out of excitement seeing you sitting on the hot seat. What had happened?
(Laughs out loud) Yes, it did happen at the very beginning of the show. She is a little clumsy and keeps falling down. The funny part is that whenever she slips or falls, it brings a lot of good luck. We actually tease her saying that it a good omen. So when she fell before the start of the show, we laughed among us and said something good is set to happen. And luckily it did.
Amitabh Bachchan time and again stressed on your motto that life must go on. So what’s next for you?
Last 15 years, I invested in growing myself, building a career and fighting all odd thoughts to evade depression. But now for me, my son’s career is my top priority. He is a very hardworking boy and I really want to see him shine and taste success as a dentist. I am ready to do whatever required to help him grow. I also want to expand my coaching institute and if conditions help, I want to dedicate some time to the underprivileged children.
Binita Jain also won a brand new car on Kaun Banega Crorepati 10.
Amitabh BachchanAssamBinita Jainfirst crorepatiGamosaGuwahatihusband kidnappedkaun banega crorepati
Share FacebookTwitterWhatsAppEmailLinkedin
You might also like More from author
Interviews