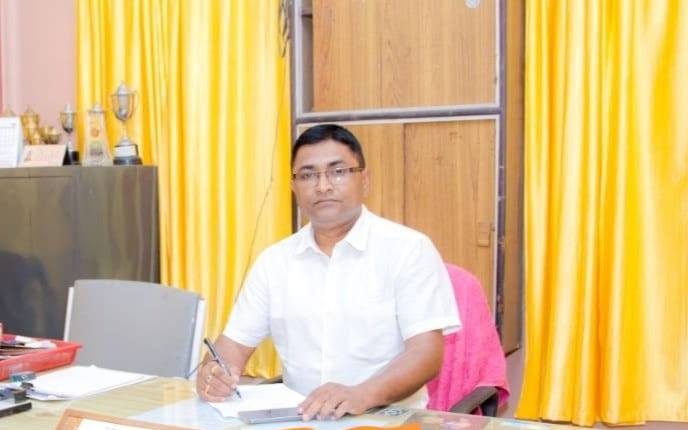 "Keep faith and give some time," Silchar MLA assures permanent solution to waterlogging

Waterlogging and urban flooding after the monsoon rain have been a frequent sight all over the city of Silchar. The poorly planned drainage system has been crying for a revamp and restructuring for years now, with the city expanding at a brisk rate. Due to incessant rain in Silchar, many parts of the city witnessed water logging due to the overflowing of the drains which has created a huge inconvenience as well as a health hazard for the commuters of this city. Pictures and videos of those areas like Ambicapatty chowrangee, National Highway point, etc. started flashing on social media since this morning where public outcry was visible.

Silchar MLA Dipayan Chakraborty is currently staying in Dispur, Guwahati as the Assam Assembly Budget session is going on for the past few days. After getting aware of the issues faced by the citizens of his constituency pertaining to urban flooding, MLA Dipayan took to social media to express his feelings and acknowledge the issue to the public. From his Facebook profile, he posted a video saying that he has been aware of the waterlogging issues faced by the people of Silchar, but as he’s currently situated in Dispur due to the Vidhan Sabha Budget Session, he’s not being able to address this longstanding drainage issue of Silchar.

“As you’re all aware that the Assam Vidhan Sabha session is going on right now, so for that purpose, I have to be here in Dispur. Meanwhile, I’ve got reports of waterlogging and urban flooding in many wards of the Silchar municipality area due to the overflow of drains. I know you people must be heavily disappointed and frustrated having to experience such issues and as you’ve been kind enough to elect me to the Assembly, I’d request you one more time to keep your valuable faith in me and provide me some time, so that I can find out a permanent solution to this long plaguing issue of Silchar”, said Dipayan addressing the citizens of Silchar.

He then continued, saying “Regarding this issue, I’ve already spoken with our Chief Minister. The Revenue Minister Jogen Mohan visited my house yesterday and I had a brief talk with him too regarding this issue. This issue of urban flooding and waterlogging in Silchar is nothing new and has been there for years now. And such a complicated issue can never be solved by just addressing a few wards, rather demands detailed planning. We are all aware that khals such as Rangirkhal, Singirkhal, have been suffering encroachment issues for years and I’ve been raising these issues since the first day of the assembly. Particularly issues such as waterlogging, drinking water and traffic congestion – I’ve been taking notice of these three issues and with the help of Silchar MP Dr Rajdeep Roy, we’ve already started working out towards a long-time solution. Hence, I request the public to be patient and give us some more time so that we can permanently solve these issues once and for all.”

Dipayan Chakraborty has also assured that he already had a talk with the Deputy Commissioner of Cachar, Keerthi Jalli and the Executive Officer of the SMB, Jessica Rose Lalsim regarding this issue so that the clogged water in those wards can be cleared out as of now until final solution gets chalked out.