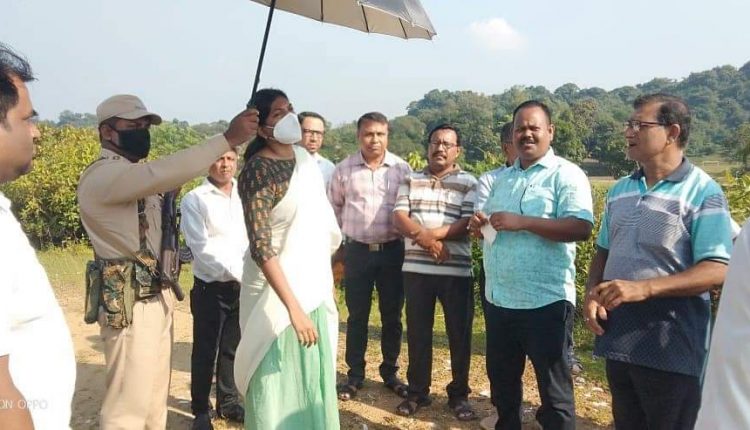 After chief minister Dr. Himanta Biswa Sarma announced that Cachar District should have an integrated Deputy Commissioner’s Office, the quest for identification of land kickstarted. A plot has been identified at Kathal Road, which the chief minister himself inspected. DC Cachar, Keerthi Jalli went to Krishi Vigyan Kendra in Arunachal to inspect another plot.

An integrated deputy commissioner’s office is one with the capacity of housing multiple department. It saves residents from the hassle of moving from one office to another to get done with departmental works. The Government also believes that an integrated Deputy Commissioner’s Office enhances efficiency.

If sources are to be believed then the Cachar District administration is finding it difficult to identify the land. The idea is to expand the town or rather, declutter the centre by establishing the office in the outskirts which is connected to the core. The Krishi Vigyan Kendra land that has been inspected today in Arunachal has its own sets of problems. It belongs to the Central Government and so the district administration will have to acquire many permissions which will take time.

Sources in the office informed that the State Government is only interested in plots owned by the Government as it is not intending to invest in private land acquisition. Officials informed that search for government land is still on and once that is identified, further process will begin.

Highly placed sources have informed that the administration is dealing with a crisis of plots owned by the State Government, due to which many developmental activities are getting delayed or stalled.