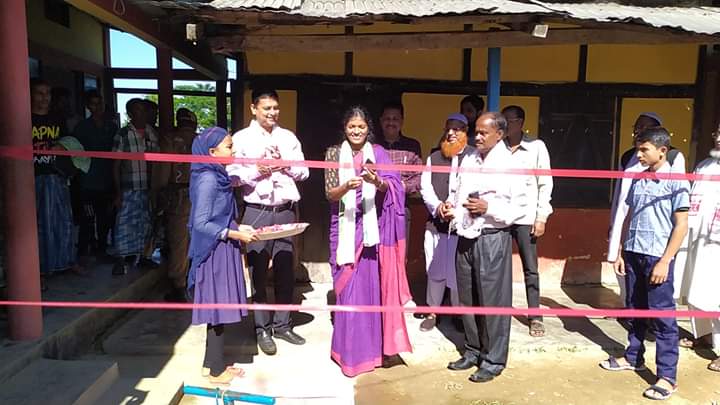 The project is a modification of the existing Tubewells in a way that the excess unused water goes into a soak pit. “Tubewell once pumped gives excess water than needed, which runs down the surface and goes wasted. As the district has clayey soil, the water is not soaked inside. Hence the soak pits have been designed which will also help in rainwater harvesting during the rainy season.” said DC while addressing a gathering.

The project has been found to save around 1000 litres of water while usage during handwash, utensil wash, mid-day meal preparation, toilet usage, drinking etc.

Later speaking to the media, DC said that the project has been started in schools so that students can be made part of this noble cause. “We could have started this project in other parts of the village, but we want students to be part of it. Whatever children learn in their school age, do remember and practice their whole life. So they could be the perfect messenger of this water conservation system” she mentioned.

Integrated diabetic clinic in Barak valley – Need of the hour