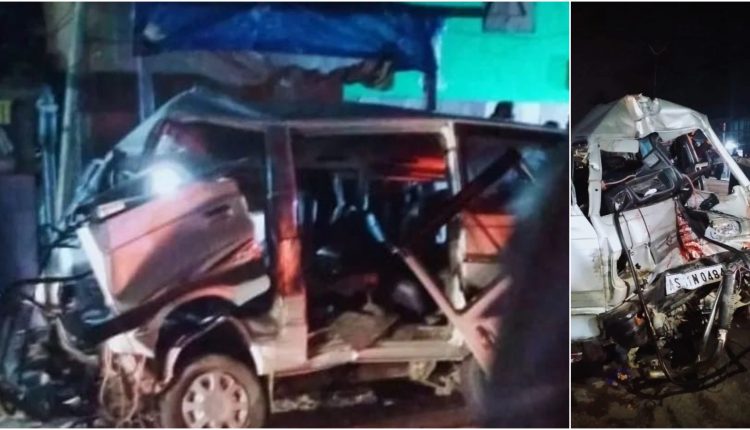 One after another death on Silchar road and Tippers or Dump Trucks are involved in each one of them. Last night, in yet another fatal accident involving Tipper truck, one man lost his life and five others are admitted to Silchar Medical College and Hospital in critical condition.

As per available information, on the Silchar – Aizawl highway, a Tipper Truck at high speed was trying to overtake a Maruti Omni van. “The truck was in so much speed that it could not control and went on to collide with the Maruti Van at its rear end. The van lost control and collided with a loaded Magic Truck entering a bylane,” informed an eyewitness.

The accident took place near the lane that connects Bazar with the Kalibari. Locals immediately informed 108 for an ambulance. “A mechanic was also called as we had to cut the body of the Maruti Van to get wounded passengers out of the vehicle,” said a local resident.

After cutting the steel body, three passengers were rescued and sent to Silchar Medical College and Hospital for treatment. But one individual lost his life on the spot. As per the information given by Mrityunjoy Life service, the deceased has been identified as Ratan Sharma. The five injured are Rajdeep Sharma, Plabon Sharma, Abdul Ahad, Abdul Samad, and Abdul Sukur.