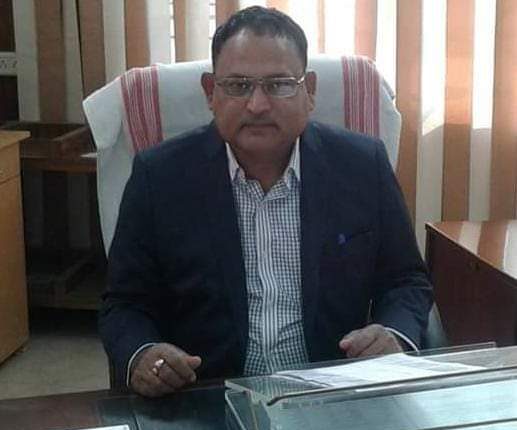 By barakbulletin On August 18, 2019 - 9:37 pm
Share
Former Deputy Commissioner of Karimganj district Pradip Kumar Talukder was arrested by Assam Police in connection with a multi-crore rupees scam for acquiring land for Land Ports Authority of India’s project under the Ministry of Home Affairs at Sutarkandi in Karimganj district along Indo-Bangladesh border.

“We had arrested the prime accused of the Land Port scam, Pradip Kumar Talukdar – the then Deputy Commissioner of Karimganj district, from his residence in Guwahati today. He was absconding for a long time. We had earlier launched a search operation to locate him and finally caught him. A total of 20 cases have been registered against him,” Karimganj district SP Manabendra Roy was quoted by news agencies.

Pradip Kumar Talukdar who was posted as the secretary of the Cooperation department. On July 19, 2019, he was suspended by the Government by issuing an order.

The state government had also suspended District Development Commissioner of Cachar district Nabarun Bhattacharjee – the then Additional Deputy Commissioner of Karimganj district, on August 5 by issuing a order in connection with the Land Port scam. Earlier, Police had arrested three government officials including a Circle Officer.

According to the reports, for the Land Ports Authority of India’s project at Sutarkandi along Indo-Bangladesh border, the government had acquired land from different persons.

The scam relates to siphoning of several crore of rupees meant for providing compensation to those whose lands were acquired by the government.