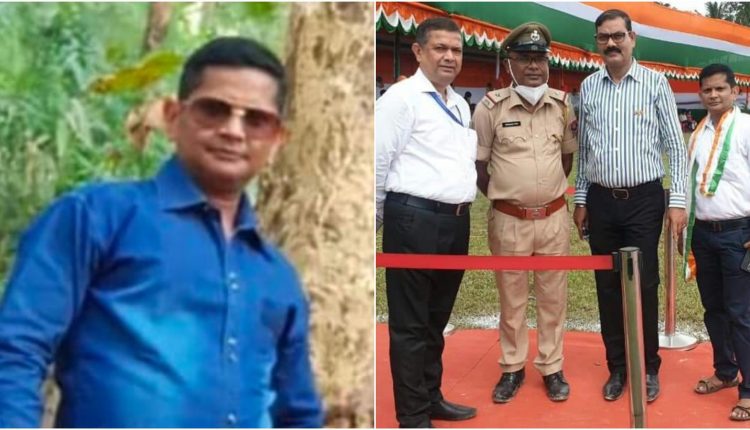 On November 23, Cachar Police had summoned Senior Assistant – Permission Branch, Prannoy Chakraborty for interrogation. Several plots of land in Berenga Part II owned by Titu Mazumdar got transferred without his consent and so, he moved to the court. As the investigation started, it became clear that the land deed was forged, the power bestowed on several officers were abused in order to transfer the land rights.

Who forged the documents? Several overwriting, fake signatures came to fore and at the same time, the accused knocked the door of the court pleading for interim bail, one after another. Prannoy Chakraborty, a Meherpur resident will have his plea heard on January 20, but it is certain that he will have sleepless nights till then.

Cachar SP Ramandeep Kaur confirmed to Barak Bulletin, the Police has arrested DC Office employee Raju Seal from Silchar. Seal is a grade IV employee and was allegedly in team Prannoy Chakraborty. The Police had evidence against Seal to the extent that the Gauhati High Court rejected his bail plea on January 3, 2022. Though he is just a peon in Deputy Commissioner’s Office, his power is deep rooted in the NOC branch where the conspiracy was executed to transfer two bigha land worth several crores.

After Prannoy Chakraborty was summoned, Police moved to Raju Seal. He rushed to Guwahati and secured an interim bail. However, after the Court asked for Case Diary while hearing for absolute bail, the game changed.

Justice Rumi Kumari Phukan noted in her order, “During investigation, it has come to light the accused persons (Raju Seal and Nasir Ahmed Barbhuiya – deed writer) prepared a forged land sale permission order from the office of the Deputy Commissioner, Cachar in connivance with the dealing assistant (Prannoy Chakraborty) of the said office and thereby perpetrated the alleged crime. The accused petitioner Raju Seal is serving as a peon in office of the Deputy Commissioner, Cachar and attached with the branch, which deals with issuing of Land sale permission order (NOC). Accused petitioner Nasir Ahmed Barbhuiya is a deed writer in profession and he wrote the land sale deed in respect of land in question on the basis of forged No Objection Certificate (NOC) issued from the office of the Deputy Commissioner, Cachar, Silchar. Both accused petitioner suspected to be involved in preparing forged documents for preparing sale deed of the land in question for their vested interest.“

The order of Justice Phukan added, “After examination of available witness and records received from concerned departments, it reveals that the NOC of DC Office and Silchar Development Authority against the patta no.233 of dag no.562, 563, 560 are manipulated. On the basis of which culprits have managed to obtain land document vide registration no. IN-AS19211567239116T in the name of Abul Kalam Ahad Mazumder. The accused person Sahir Ahmed Barbhuiya is the person who received and submitted NOC at Silchar Development Authority and DC Office,
Cachar, Silchar on behalf of petitioner.”

As the justice had called for the Case Diary, the. Court read the Investigating Officer’s report, which has raised objection against such bail, in the interest of investigation and as the necessary file is untraceable from the office of the Deputy Commissioner, Cachar and custodial interrogation is necessary to unearth the entire gamut of the matter.

“Considering all entirety, the petitioners prayer for granting privilege of pre-arrest bail stands accordingly rejected for the sake of proper investigation,” ordered the Gauhati High Court.