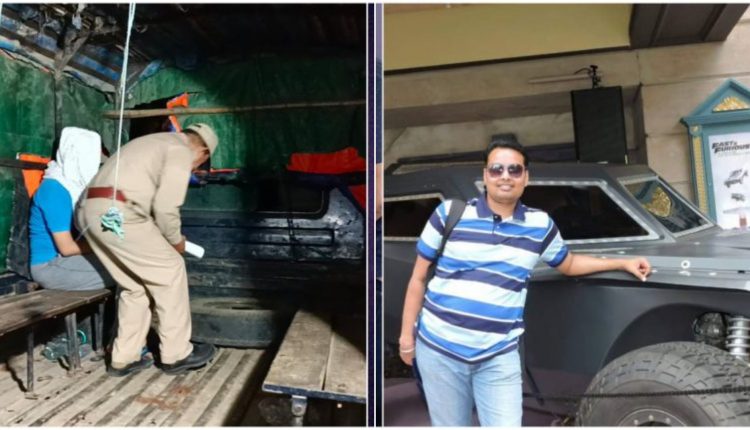 Businessman Sumati Kumar Nahata popularly known as Sanju Nahata was arrested by Cachar Police on September 21, 2021, in connection with a land scam under sections 120(B)/406/420/409/468/471/384 of the IPC. Nahata was first detained and then arrested by Cachar Police. However, when he was taken to the hospital to undergo the mandatory medical test, he fell ill and was rushed to the Silchar Medical College and Hospital instead of a Police remand.

The Chief Judicial Magistrate’s court heard the case and Nahata along with four others arrested in Cachar was sent to the judicial custody. Sanju Nahata was discharged from the hospital and was escorted to the Silchar Central Jail on September 24, 2021.

On September 29, 2021, the Gauhati High Court heard the bail application filed by Sumati Kumar Nahata (Sanju) of Nahata Textiles. Advocate for the petitioner, HRA Choudhury and Counsel AM Bora submitted to the court that their client has suffered a heart attack and has been admitted to Silchar Medical College and Hospital as an in-patient in the department of Cardiology where he was undergoing medical treatment.

The court directed Superintendent of Police, Cachar to conduct an enquiry into the claim. For the records, Barak Bulletin published a report on the medical condition of Sanju Nahata. He was not admitted under the Department of Cardiology, but his treatment was done under the department of Psychiatry.

Justice Sanjay Kumar Medhi heard the counsel of Sanju Nahata AM Bora and PS Lakhar, additional public prosecutor, Assam. Bora stated, “It is submitted on behalf of the applicant that the allegations are absolutely vague in nature and there is no specific charge against the present applicant. It is alleged that certain omnibus allegations have been leveled and the ingredients of the sections involved are not met.”

Bora, submitted that the applicant is a businessman having a Textile Factory and is not connected with any land dealings. The applicant has recently purchased a plot of land for the construction of a Godown. The applicant has categorically denied his involvement in any of the allegations made in the FIR.

“No doubt that the steps taken by the State are laudable in view of the harassment faced by the general public, what is required to be examined is that whether in absence of specific allegations against the applicant, the prayer for bail is liable to be favourably considered. This Court is also reminded of the fact that an FIR need not be a detailed description of each and every act of the accused but to give a brief narration of the facts, it would only be revealed in the investigation as to the role of the applicant and the applicability of accusation made against him. The consequent action which would arise is the requirement of further detention of the applicant,” read the order of Justice Sanjay Kumar Medhi.

The order adds, “However, at this stage, the learned counsel for the applicant has informed this Court that a Co- ordinate Bench of this Court vide an order passed today i.e., 07.10.2021 has granted the privilege of bail in connection with the same FIR lodged with the crime branch, namely, BA/2767/2021 (Altaf Hussain & 2 Ors. vs. The State of Assam).”

“No doubt, parity can be a good ground for such consideration, but what is required to be seen is whether the accused persons meet the requirement of parity i.e., whether their respective roles in the commission of the offence are ‘at par’. In the instant cases, it is seen that each of the accused is attributed different acts. In any case, there cannot be any precedent in criminal jurisprudence and each case has to be decided on the basis of the respective facts and circumstances,” Justice Medhi pronounced.

In the instant case, the Case Diary reveals that the petitioner is involved in land dealings but whether that by itself would constitute any cognizable offense is a matter of trial to be considered along with other materials that may be collected, Justice Medhi judged.

What followed came as music to the ears of the Nahata family. “It is accordingly directed that the abovenamed petitioner in connection with the aforementioned police station case shall be released on bail on furnishing bail bond of Rs.25,000/- (Rupees Twenty Five Thousand) only, with one surety of the like amount subject to the satisfaction of the learned CJM, Cachar at Silchar. The petitioner is directed to continue to render full cooperation with the investigation of the case and not to indulge in any activities detrimental to the same,” the court ruled.

Justice Medhi clarified, “This Court, however, clarifies that this Court has not made any observation on merits and therefore, the learned Trial Court shall not be influenced in any manner in the conducting the trial.”