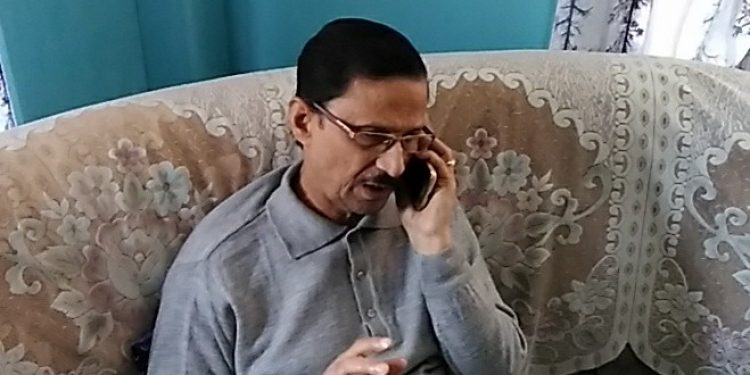 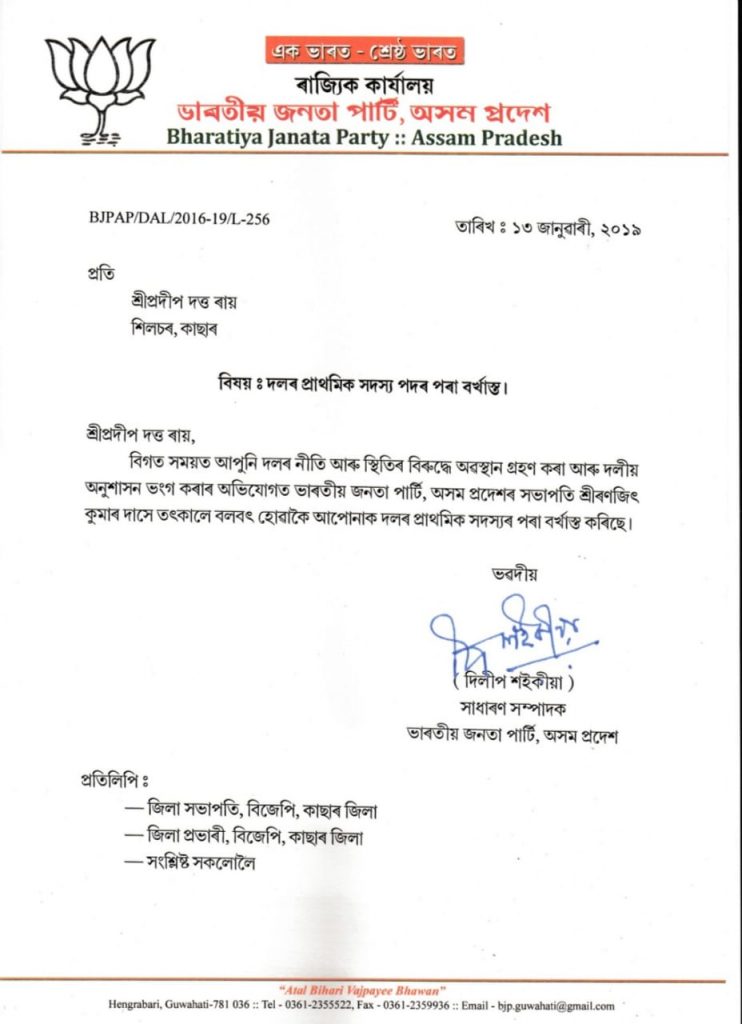 It may be recalled that Dutta Roy who was a frontline Congress leader had joined the BJP during the 2016 Assembly elections.

Meanwhile, sharing his reaction, the expelled BJP leader said to our correspondent, “I will continue to raise my voice for the interests of the people of Barak Valley and I do not need to be a part of any political party to do so.” He went on to add, “I welcome the decision of the BJP.”

Interestingly, this step by the BJP has come following widespread reactions across the state over Dutta Roy’s recent remarks about the developments in the Assam University regarding Citizenship Ammendment Bill , “I warn the Assamese students that you come to study so do your work, don’t try to poke into the politics or else I will be force to prohibit Assamese student from getting admission in this university.”