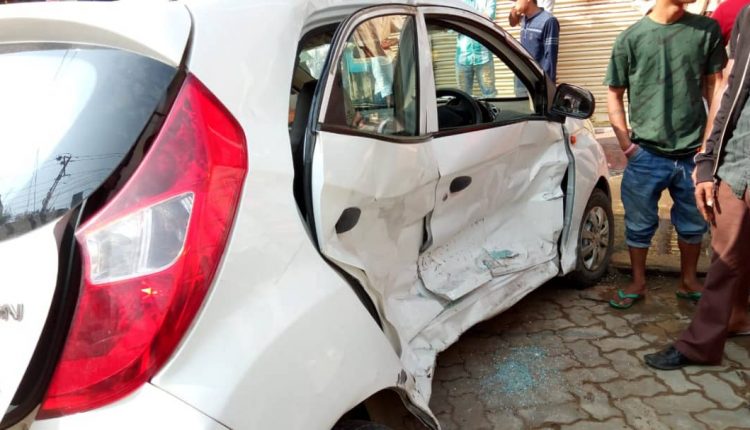 While parking their cars, little did they know that they would have to toe it to the workshop the very next morning. In Silchar’s Janiganj area, next to Tulapatty turning, three parked vehicles got damaged at night. One of the three vehicles is of Ashim Kumar Paul, retired HPC officer and brother of child specialist, doctor Anjan Paul. Ashim Kumar Paul’s daughter Aradhana Paul tells us it is quite possible that the driver was drunk and speeding, “The impact was so hard that three vehicles got damaged,” she says.

Paul is disappointed with the role Police is playing, “The vehicle which banged the cars would have also got damaged. So, the police can easily trace the culprit but they are least bothered,” she adds.

It is suspected that the vehicle collided with the parked cars head-on as it has left its registration number engraved in the dented body of one of the parked cars, “Only the last two digits are a little confusing, rest all are clearly readable. Police can trace the culprit through this evidence itself,” Paul concludes.

Today’s Headlines: Bill: I shall be with the masses of Barak. Sushmita’s message to AGP.