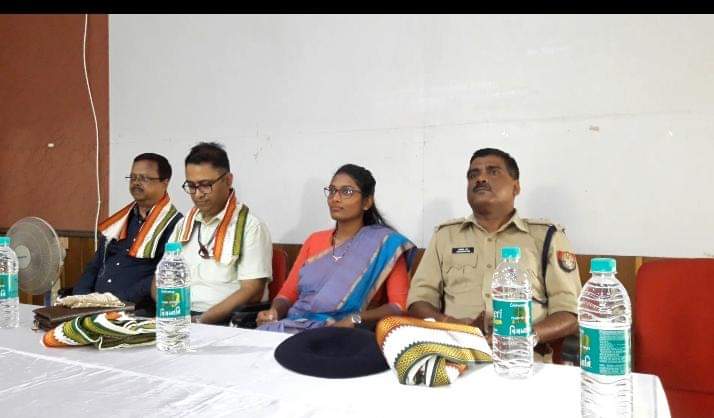 By barakbulletin On August 14, 2019 - 7:59 pm
Share
As a part of the ongoing effort to spread awareness against illicit liquor and drug abuse, Cachar District Administration in collaboration with District excise department on Wednesday organised an awareness meeting against drug abuse at G.C College, Silchar.

Doctor Prasenjit Ghosh, assistant professor of psychiatry, Silchar Medical College and Hospital took part in the meeting as the resource person and delivered the keynote speech.
In his speech, Prasenjit Ghosh referred to the recent hooch tragedy of Golaghat to describe the magnitude of the danger posed by illicit liquor and drug abuse.
He also stated that around 30 per cent Indian suffers from substance used disorders. Volatile solvents such as adhesive eraser etc. are among the most dangerous substances that youths generally consume. He also mentioned how drug abuse can affect family and society and lead to the death of the addicted person. He urged the students to refrain from such activities which impair health and also causes financial loss to the family.
Stressing on the need for counseling and monitoring by parents, deputy commissioner Laya Madduri highlighted on the importance of having a goal and realising the potential in student’s life so that they can take right decisions at the most crucial stage of their life. She also suggested the students to practice yoga and meditation in order to make themselves feel positive and to materialise their goals.
Additional SP Jagadish Das and Excise superintendent Sunil Sinha also spoke on the occasion and discussed the legal aspects. The awareness programme concluded with a short play performed by Rupam Cultural Organization.
AssamBarak BulletinBarak ValleyCachardrug abusedrugshealth benefitshooch tragedy
Share

I joined BJP to pay back to Hindus": Gautam Roy