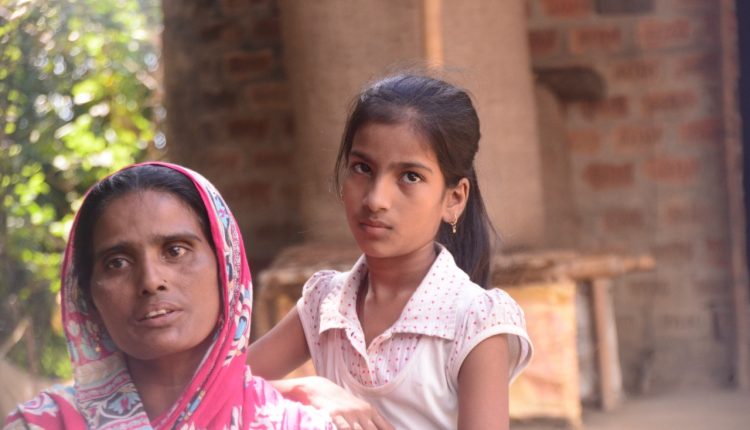 Living as a prisoner even outside jail: Minara Begum's 11 year journey in detention camp with a baby in arm

November 12, 2010, Minara Begum, with a 15-day-old daughter in her lap was arrested by the Udarbond Police. She remembers, it was ‘biting cold’ and dark winter sky. Minara Begum was born in Lathigram, Cachar. She never went to school, never held a birth certificate. First her brothers told her where to put the thumb impression and then her husband did so.

Mother of seven children, Minara Begum was indeed arrested that night. When she refused to leave her 15-day-old daughter back, the constable called her seniors in Assam Police and the officers instructed to get the daughter along. For no fault of her, the baby also went to jail. First they were taken to the Udharbond Police station and then to Silchar SP Office. “As the night grew longer, it got colder and darker. I was in search of a rag as my daughter would shiver,” recalls Minara Begum.

She was escorted to a train a couple of nights later and transferred to Goalpara jail. Then she was moved to Kokrajhar jail. Her daughter had just turned 17-day-old. 25-year-old Minara Begum did not shoot anyone at point blank range. She did not rob a house nor did she attempt to molest or rape. But in the jail, most of her fellow inmates were convicted of similar criminal activities. Coming back to Minara Begum, her fault was that she was deemed to be a foreigner who had illegally trespassed to India after March 25, 1971. Illiterate, anemic, skinny, teary eyed, Begum had more things to worry about than a notice sent by the State asking her to prove she is an Indian. After the proceedings that she either thought was not important or did not even understand, she was judged to be an illegal immigrant. Minara Begum was born two months after her father died. She had never been to any other district of Assam apart from Cachar and let alone Bangladesh. “Cases on our father was put on us,” she believes.

Growing up in Kokrajhar Jail, Minara Begum’s daughter started crawling. Everybody called her Sahina Begum (also Sahanara). She made friends, teachers inside jail taught her multiplication table. She knows how to write her name, spell her father’s name. Prison was the only world she saw until 2021.

Supreme Court of India passed a judgement in 2020 stating that detainees inside detention camps who have completed a term of at least two years can get bail, provided, they needed to find a guarantor who is willing to take the guarantee that out on bail, the detainee would report to the nearest Police station once a week. The mother-daughter stepped out of the jail on April 22, 2021.

“Earlier it was prison, now it is open prison for me,” says Minara Begum. Every Wednesday, she needs to visit the Police station to put her thumb impression. If she fails to do so, the cops call her phone and ask for whereabouts. “No one wants to live in this manner. Add to it the fear of being dragged to jail once again,” quips Minara Begum.

Social worker Kamal Chakraborty got a guarantor for Begum as he has done like a messiah for many others. That is how she got the bail. Many lawyers offered to help against money which her husband – a driver, arranged by selling belongings. “They exploited our situation and looted us. We got zero help from any lawyer. The one person who helped me is Sir (Kamal Chakraborty). It is because of him, my daughter is going to an actual school,” adds Begum.

Chakraborty pays tuition fees and covers all other necessary expenses when it comes to her studies. “I want to become a doctor to fulfil Kamal Kaku’s dreams,” says Sahina Begum, she has turned 11-year-old. Chakraborty aims to enroll Sahina at Jawhar Navodaya Vidyalaya in Pailapool. If that is not possible, at least in Kendriya Vidyalaya. “Education is the only breakout for these people. Otherwise, she will also get married before turning 18, like her mother and will give birth to kids before she should,” asserts Chakraborty.

Growing up in jail was not a matter of pain, for Sahina it was her world. Her first encounter with sorrow and despair was when her friend Archana Biswas got released. She had grown up with Biswas. “Inside the jail, we were never profiled according to our religion. Hindu, Muslim, Gorkha… we all had a sense of togetherness. Anything came from their respective homes, they shared with me as I never got anything sent to me,” Minara Begum expresses her sorrow with a tinge of smile.

After Archana Biswas left, little Sahina spent time with her other friend, Kalima Begum. Kalima and her mother had come from Bangladesh to visit a family member and were arrested by the Police. A total of 180 inmates stayed together in Kokrajhar jail. 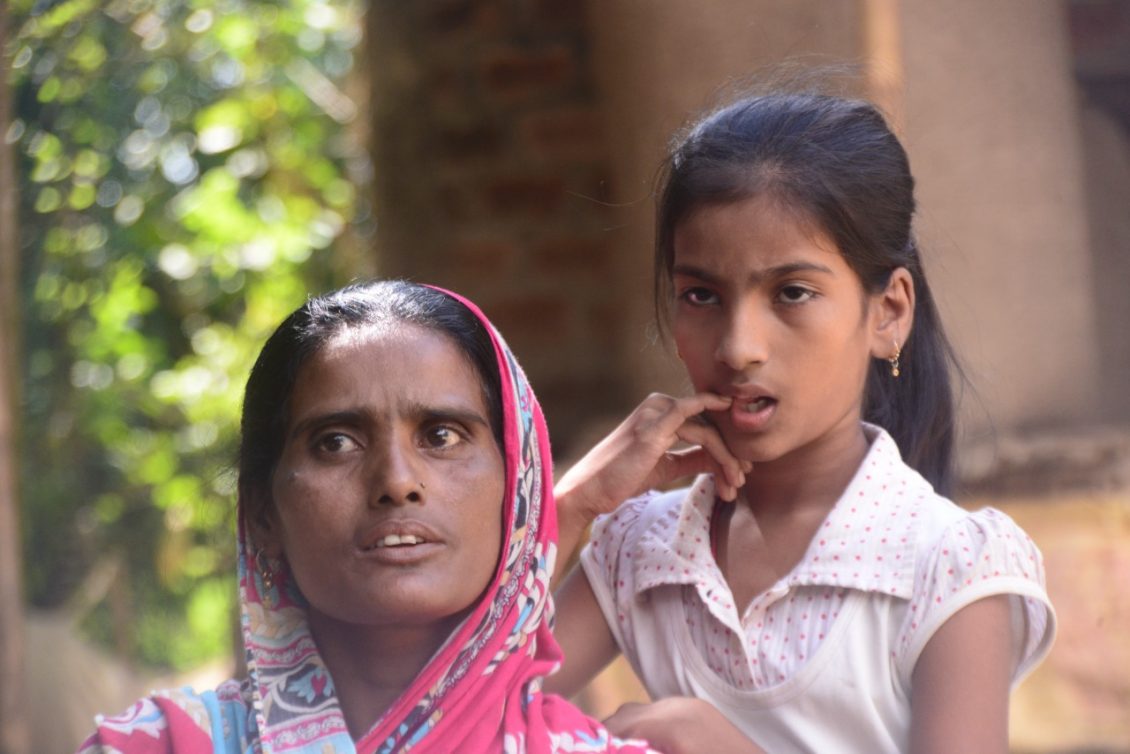 But Sahina was soon separated from Kalima too. Eventually, the Assam Government earmarked detention camps in many other jails and they were transferred from Kokrajhar to Silchar Central Jail. “The officers in Kokrajhar jail were very kind and humane. My daughter has an Assamese accent. Her pronunciation of Bengali words has subtle reflections of Assamese. That is because the officers in Kokrajhar thought about her personal development, they helped her a lot. After moving to Silchar, that care, that guardianship were a miss,” says Minara Begum.

Once she had fallen sick in Kokrajhar and had to be admitted to a local hospital. She recalls that the doctors racially profiled her and called her a “Bangladeshi”. Knowing this, the officers intervened. “They yelled at the doctor and urged him to stop calling me a Bangladeshi. Not only that, as I was too week to breastfeed my daughter, they provided Lactogen and never charged us anything. When it got cold, they provided hot water. I have high respect for the Police officials in Kokrajhar,” says Minara.

While she was struggling with one daughter inside the cell, her other daughters back home were going through a tough time too. She left five daughters at home. When she returned after 11 years, four of her daughters were married. “Their father did what he thought was right for them. They needed care, a family and dignity and their father thought he would not be able to provide them with all that. So, they were married,” adds Minara. She argues that all of them were eligible to get married and there wasn’t any instance of child marriage. Minara Begum got married at the age of 12. Her first daughter, she recalls was born in 1998. In 2010, when she was arrested, she was just 25 with 15-day-old child. Her only son was just 18-month old. It is possible that her daughters too got married before acquiring the legitimate age.

Her house got partitioned in the middle while she was in jail. No, the bamboo walling in between was not to ensure some privacy for the growing daughters but to accommodate a new wife. Minara Begum’s husband married another woman while his first wife was in jail with his daughter. In the entire term of twelve years, he went to meet her only once. “I knew about his marriage and I don’t really have a problem. He has never asked me to leave his house because he got another wife. If he can afford another wedding, if he is capable enough of bringing up his children from his second marriage, then it is a choice he is entitled to make and I have no issues with it” asserts Minara Begum. Moreover, her husband says, he had lost his hopes and thought Minara would never be released again.

“At the stroke of the midnight hour, when the world sleeps, India will awake to life and freedom,” said Jawharlal Nehru as he proclaimed Independence on August 15, 1947. Minara Begum says, freedom for her is to see her youngest daughter break away from the tyranny.