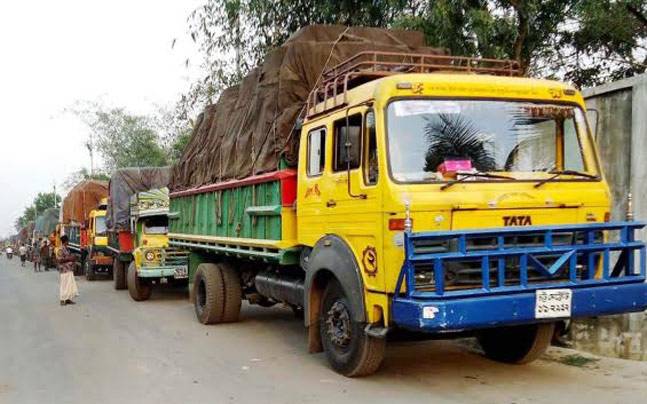 Loaded trucks can enter town after 11, tippers between 12 to 5; DC changes stance

After Malin Sarma was allegedly ran over by tipper/dump truck recently, a section of people demanded that the entry of tippers into the town must be restricted. The deputy commissioner of Cachar, Laya Madduri immediately announced that the tippers and heavy vehicles like loaded trucks etc. can only ply through the town from 1AM to 4AM for a period of three hours.

The truck and tipper owner association protested the decision and started demanding a relaxation. Today, representatives of various heavy vehicles owner associations and other businessman met the deputy commissioner in the presence of PWD officials, Police superintendent of Cachar, Assam petroleum mazdoor union, district BJP, in-charge of Cachar traffic Police, representatives from media and others.

The spokespeople of associations requested the administration to relook its decision to only allow trucks and tippers inside the town for 3 hours. They said that because of this rule, the price of necessary goods, including food items will reach sky high.

After taking the various points put across by the vehicle owner associations, deputy commissioner Laya Madduri decided to allow trucks carrying goods enter the town from 11 PM onward. She announced that the trucks can ply throughout the town till 8 AM in the morning, after which no entry will get enforced, restricting entry of heavy vehicles inside the town. Similarly, the tippers can now enter the town after 12 midnight and are allowed to ply till 5AM in the morning.

While she accepted most of the demands that the associations tabled, she issued a strict warning too. Laya Madduri made it clear that if trucks or tippers are caught with minor drivers without driving license, strict action will be taken against the owner of the vehicle.

This marks the end of the notice which only allowed heavy vehicles to enter the town after 1 AM post midnight. How the common people react to this decision remains to be seen.

Indigo announces Silchar-Kolkata flights; to take off from September 20