Logistics Park in Bongaigaon's Jogighopa: A two-year-old project, "Nothing taken away from Cachar"

On June 30, the Chief Minister Sarbananda Sonowal’s Cabinet approved the proposal to hand over 200 Bigha land to National Highways & Infrastructure Development Corporation Limited for the construction of Mult-Modal Logistics Park in Ashok Paper Mill, Jogighopa. The cabinet noted that this state of the art park will be the first one of its kind in India.

Immediately after the news broke, a section of the population in Barak Valley accused the current state government of taking away opportunities from the Valley depriving it of development. Some even went on to state that the Cachar lost to Jogighopa because the district could not furnish adequate land. However, the facts happen to be completely different and two projects, according to stakeholders, are not connected with each other.

Logistics in India is expected to be a $215 billion industry in 2020. It is projected to expand through 2032 at a rate that is roughly 1.2 times the growth rate of India’s gross domestic product (GDP) and generate $360 billion in value-added.

However, in its current form, the think-tanks find it as a system structured around outdated models which makes it highly inefficient. Skewed modal transport mix, where 60% of freight moves by road, which is significantly larger than in many developed economies. Coastal movement and inland waterways are at a nascent stage. Rail transport is marginal, in spite of being 45% cheaper per ton-km than road, due to adverse pricing and rake booking practices and lack of intermodal facilities to enable easy transfer. Then underdeveloped material handling infrastructure where most of the warehousing is unorganised and Inefficient fleet mix. Small and inefficient trucks with gross vehicle weight rating of 16–25 metric tons (MT) (compared to 26–39.9 MT trucks dominant in the People’s Republic ofChina) have lower payloads. Freight cost for a 9 MT truck at Rs 3.56 per ton-km is 2.5 times that for a 40 MT truck. Absence of logistics hubs to act as zones for freight consolidation and disaggregation results in higher point-to-point freight 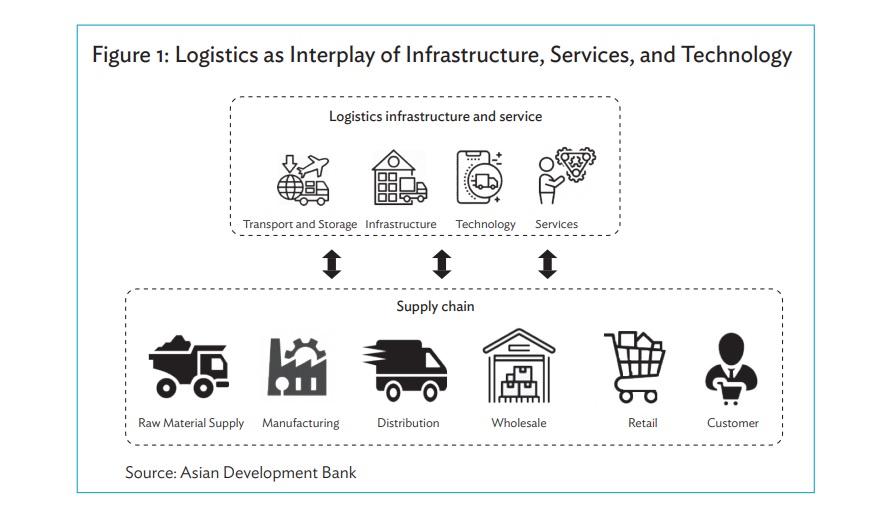 It is a crippled sector that needed an immediate fix and in 2017, the Government of India launched a program to develop 35 MMLPsacross the country. Nitin Gadkari’s ministry invited Asian Development Bank (ADB) to provide necessary support as the lead partner. ADB then conducted a pre-feasibility study to assess the suitability of MMLPs in the vicinity of Bengaluru (Karnataka)and Guwahati (Assam) and identify the requisite infrastructure, connectivity, and regulatory reforms.

In 2018 ADB supported the pre-feasibility study for an MMLP in Jogighopa, Assam (about 150 km from Guwahati), which incorporates rail, road, and inland waterway connectivity. “The proposed site is located on the Indo-Bangladesh road route along National Waterway 2, making it suitable for multi-modal access,” said the global firm in its report.

So, on July 1, 2020, when we say that an opportunity has been taken away from Cachar and Barak Valley and given to Bramhaputra Valley’s Jogighopa, “What are we even talking about?” says Manjula Saikia Bhuyan, Secretary to the Govt. of Assam’s Industry and Commerce.

“Let us get the facts right,” she asserted. “This land in Jogighopa was proposed two years back which the cabinet has approved now. Along with that, the government has also decided to build another Multi-Modal Logistics Park in Assam’s Cachar district and that project is still very much on. ADB has been invited to conduct a feasibility study and it is in that stage now. I would like to clarify again, we have been working on the project in Jogighopa for more than two years and it has nothing to do with the project in Cachar,” said Manjula Saikia Bhuyan while speaking with Barak Bulletin.

Explaining more about the Multi-Modal Logistics Hub project in Cachar, former DC Barnali Sharma said, on February 10, 2020, she had a meeting with then-Commissioner & Secretary to the Government of Assam Industries & Commerce Department, Assam, SS Meenakshi Sundaram and pitched to bag the project. “This has a capacity of generating direct employment to up to 10,000 people and that is why I went to meet him in person while my father was admitted to the ICU on a death-bed,” said Sharma.

On February 11, 2020, the Commissioner & Secretary to the Government of Assam Industries & Commerce Department, Assam wrote to DC Cachar asking her to identify the land to establish the park. “I immediately had a discussion with the honourable MP of Silchar, Rajdeep Roy about the land acquisition,” added Sharma.

It is a project that can turn around fortunes. A park of this sort needs adjacent roads to be large and well built and it creates employment opportunities in its corridors. Such hubs in Noida have resulted in significant growth in real-estate and the town expanded. But Silchar MLA, Dilip Paul feels there are challenges in executing such grand projects and the biggest obstacle according to him is “land acquisition”. Paul said, “We get a lot of projects and then we lose them because we do not have adequate land. You cannot build a logistics park on the top of a hill,” said Paul.

He added, “We are in this land crisis because of the earlier governments who alloted, and in most cases donated land in a haphazard manner. Now when we go to construct something, either there is a dispute in that or people go and file a case that delays the whole project. That is why the Mini Secretariat got delayed.”

However, Silchar MP Rajdeep Roy feels otherwise. He is of the opinion that there is adequate land in Cachar and if we don’t find it in Silchar we can look in other legislative assembly constituencies. “It is not that everything should be built in Silchar itself, what is important is that when we get such a project we must explore all possibilities to execute it. If necessary we can move to the outskirts of Silchar and other regions too,” opined Roy.

Like the Secretary to Government of Assam, Manjula Saikia Bhuyan, Rajdeep Roy also reiterated that the project to built a Logistics Park in Cachar is still on and in fact, he thanked Nitin Gadkari for shortlisting Silchar as one of the locations to establish it. “The two are different and it is not one or the other,” concluded Roy.