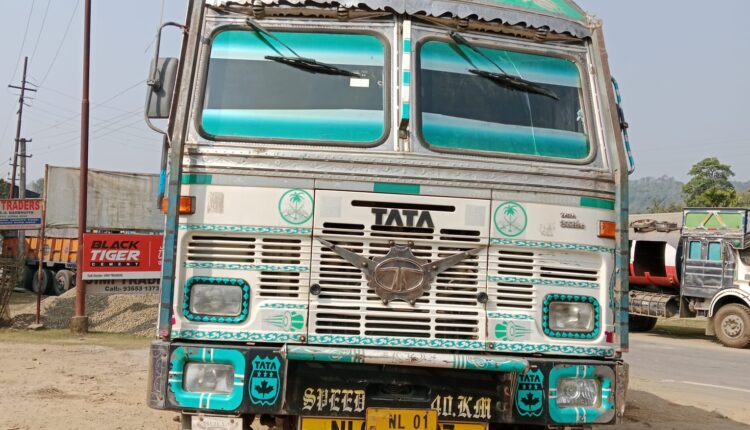 Immediately, the police arrested the driver Aminul Islam, 25, a resident of Berelkandi under Yugigupa police station area of ​​Barpeta district and detained the lorry. A total of 240 bags of suspected Burmese betel nuts weighing 55 kgs were recovered from the lorry. Arrested Aminul said that two days ago, a person in Vairengti, Mizoram, loaded the Burmese betel nuts in his lorry for an advance payment of 30,000 rupees to deliver them to Kalain. He does not know the identity of the real owner of the goods.

Traders involved in illegal Burmese betel nuts business have become desperate since last few days. Vehicle drivers and co-drivers are being caught by the police while trying to smuggle Burmese betel nut by illegal means. In each case the real owner of the goods remains beyond the reach of the police. Just yesterday, 11 people were arrested and sent to the court while 5 vehicles were detained while smuggling Burmese betel nuts.