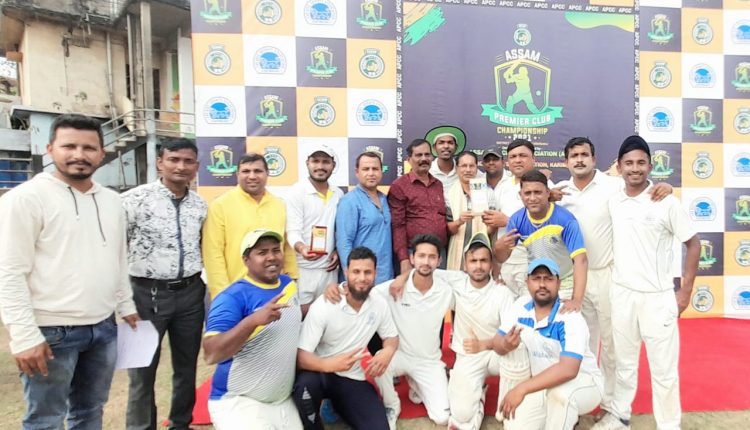 Maizdihi Sports Club have become the champion of Assam Premier Club Cup in Karimganj. Today they have beaten United Sports Club in the final of the competition by 3 wickets. As a result, Maizdihi has become the district champion and qualified to play in the zonal round.

United captain Arindam Chakraborty decided to bat after winning the toss in the morning at the Karimganj Government Boys’ High School playground. After losing all of their wickets in 31 overs, United was able to set a target of 111 runs in front of the opposition. Mamunur Rashid Chowdhury scored 40 off 33 balls for the team. Besides, Aminur Rashid Choudhury scored 18 and Shubhro Deb 10 runs. Valuable 19 runs were added to United’s scorecard from Extras.

Abdus Salam of Maizdihi took 3 wickets for 45 runs in 8 overs. Besides, Amitabh Das and Nepal Das both took two wickets each. Nawaz Sharif got one.

United’s Shubhro Deb took 3 for 19 with one maiden in 7 overs. Janmajay Das got two wickets. Choudhury Murtaza Alam and Arindam Chakraborty both took one wicket each.