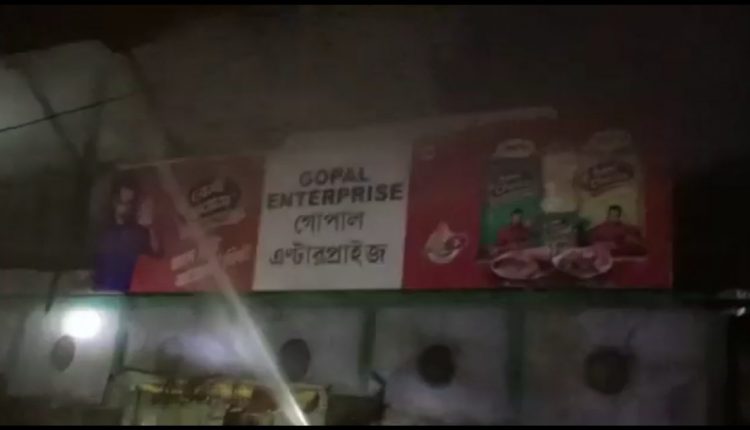 Major fire breaks at a godown in Fatak Bazar; 10 engines in action

By barakbulletin On October 11, 2019 - 2:52 am
Share
Terrifying news coming in from the commercial hub of Barak Valley. At around 12:45 post-midnight high rising flames were spotted in Fatak Bazar. Locals immediately called the fire brigade and as per eyewitnesses, as many as 10 engines rushed to the spot.
Police sources informed that the fire broke down inside a congested lane behind the Police station. “If you walk in the market, right opposite Kali Bari the fire was first spotted. It is a congested lane so we are not sure if it is completely under control. But, it is certain that there is nothing to worry about, the fire won’t spread wide,” said the senior police official.

He refused to speculate on the cause of the fire and said the godowns under fire were shut for the day and hence they would only be able to comment on what caused the fire after thorough investigation.
Eyewitnesses said that the flames were first spotted inside the lane opposite Kali Bari and as many as three shops were gutted. Digital media organisation, Jubo Darpan reported the incident live on their social media platforms. The filmed fire inside Gopal Enterprises’ godown right opposite the Kali Bari temple.