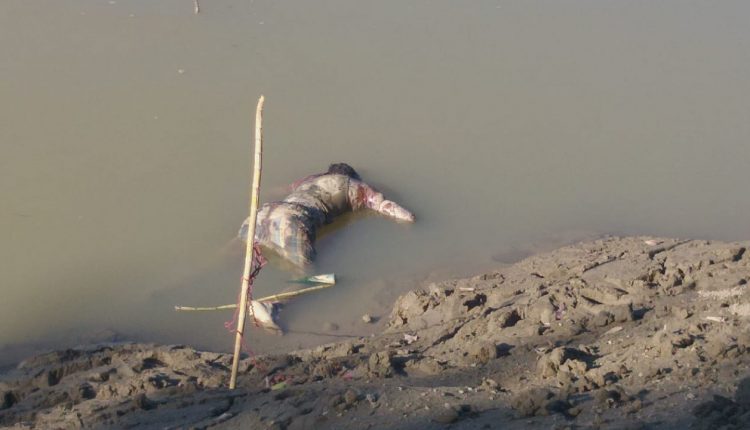 A dead body was seen floating in Barak river earlier today. Locals in the Sadarghat area first spotted the body and informed the local police station. As per available information, by the time people assembled in the Sadarghat area, the body had already flown to some other part of the river. A couple of hours later Tarapur Police Station got a call that a dead body has been spotted in the bank of the river near Annapurna Ghat in Silchar.

2nd Incharge, Tarapur Police Outpost, Umesh Sharma along with other police officials immediately rushed to the spot. They recovered the body and sent it for postmortem. Speaking with our correspondent, Sharma said that the police are yet to identify the deceased and they are investigating the matter. “The body has bloated which means it has been floating for a while. Looks like a body of a 40-50-year-old man,” he said.

Sharma added that the Police will check if any missing complaint has been registered in any nearby police stations and through that, they will try to reach the family members.