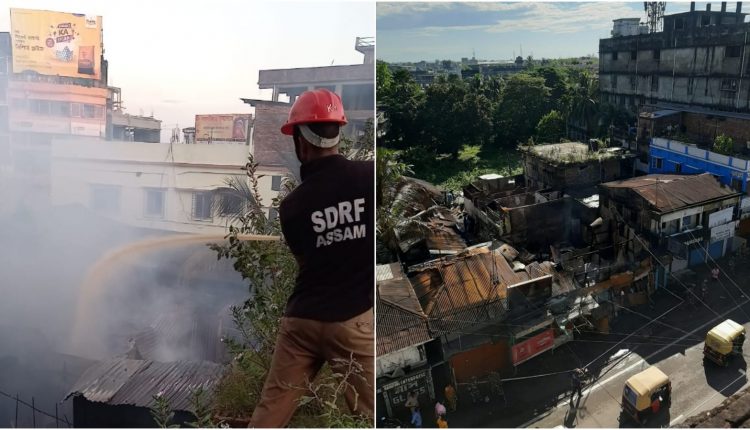 After the State Disaster Response Force, State Fire and Emergency Services and other bodies managed to douse the fire in Ambicapatty, questions started to emerge. First of all how many houses and shops got damaged.

Gopal Deb, son of later Kumud Chandra Deb was using his house as a godown and that too got burnt. Shankari Deb wife of late Kanu Deb finds her house partially damaged due to the fire. 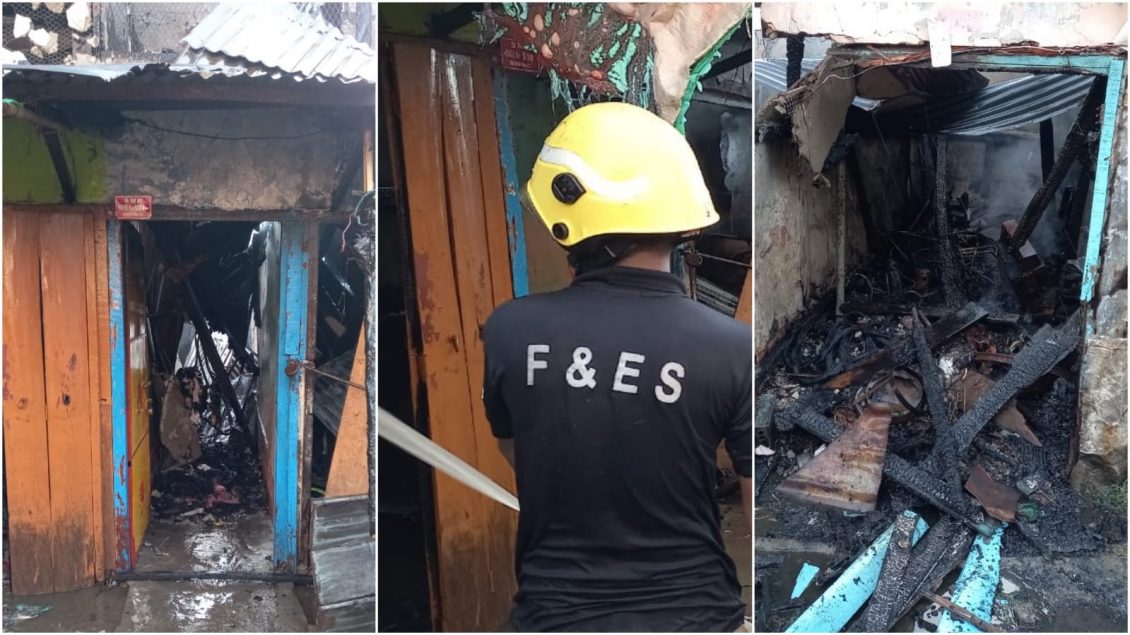 Then comes the question – what is the source of the fire. The officials are suspecting that the fire broke at the battery recharging store and then started spreading to the other nearby shops. Right behind the shops were the residences. Once the fire started spreading to the residences the LPG cylinders in those houses started exploding. These are preliminary findings and the officials are still investigating the matter.

Why did it take more than four hours for the firemen to bring the fire under control? In February 2021, a major fire broke at Panpatty, Silchar – a stone throw distance away from Ambicapatty. It took the firemen more than 24 hours to bring the flames under control. At that time, several magistrate-level probes were ordered. It took so long simply because the firemen could not find a way to the multistory building. There was no pathway for the engines to drive through. The administration had to bulldoze a shop to get access to the building. Ambicapatty fire shows no one learnt anything from the panpatty disaster. The firemen had to face similar issues in Ambicapatty too and that is why it took so long for them to douse the fire.

Once the fire is doused, the matter is forgotten. So, the important question is, will there be a thorough investigation to find out the cause and effects? There are rumours that the landlord and tenants were engaged in a long-standing tussle. The landlords want all to vacate but the tenants, who are running businesses for a very long period, were refusing to vacate. Is the fire a result of the tussle? What will happen to the residents of the households that were gutted in the fire? Another disaster unfolds at the heart of the town exposing many loopholes, the question is – will the concerned officials and lawmakers pay attention and fix or will they simply walk away yet again.