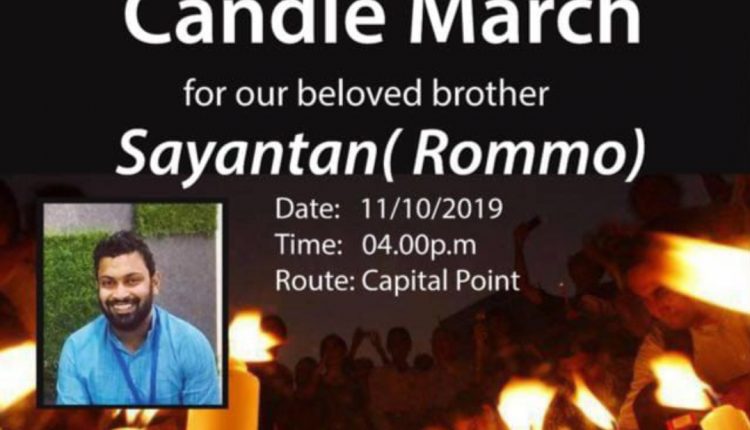 When a 25-year-old dies due to the unavailability of basic medical procedures like angioplasty at an age when India is gunning for moon and space, it is proof of a massive loophole in the medical infrastructure. To draw the attention of the policymakers, the youth of Silchar have independently organised a candle march today evening (11 October). 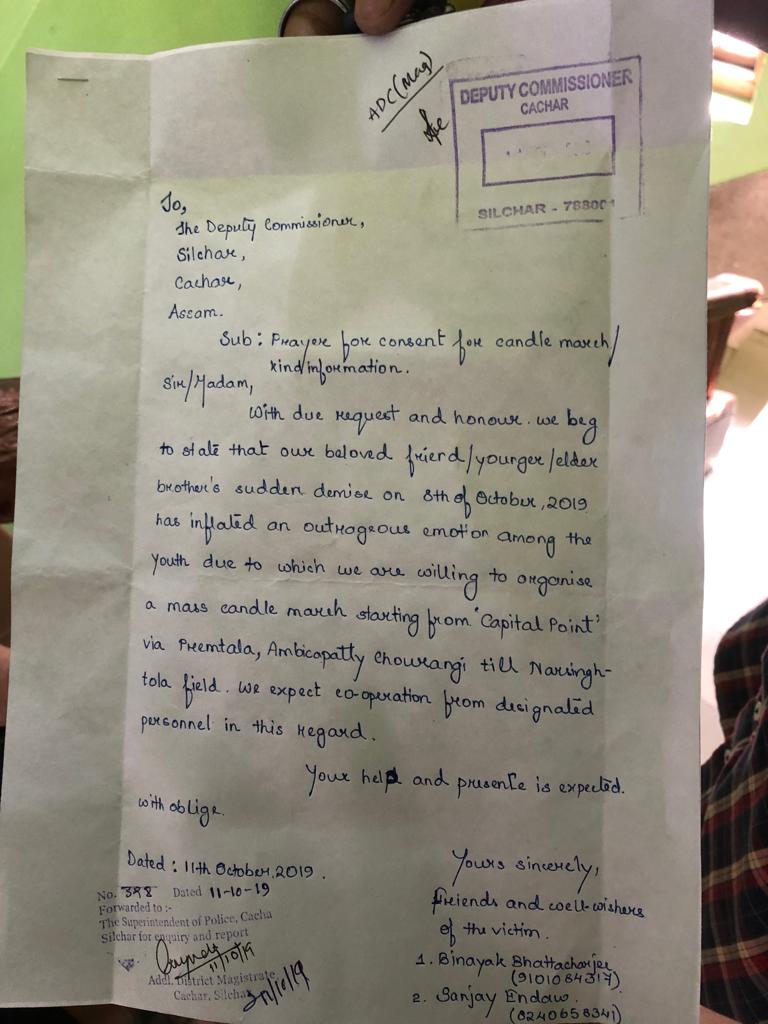 The capital point in Silchar has been identified as the assembly zone from where the procession will march through the heart of the town. The deputy commissioner has been informed about the march and the administration has given its official permission to hold the rally. The organisers, group of young individuals appealed to the mass to take part in the candle march. People commuting by motorbikes will be allowed to park their vehicles in Norishingtola field.

This event comes after 25-year-old Sayantan Chakraborty succumbed to cardiac arrest on his way to NEIGHRIMS in Meghalaya. In the early hours of October 8, 2019, Sayantan complained of chest pain and was immediately rushed to Silchar Medical College and Hospital. The doctors there said that he needs to undergo Angioplasty as Thrombosis was not enough. The family tried to reach Meghalaya as soon as possible but Sayantan could not hold up and breathed his last on the way. His untimely demise has evoked a strong reaction among the people of Barak Valley.