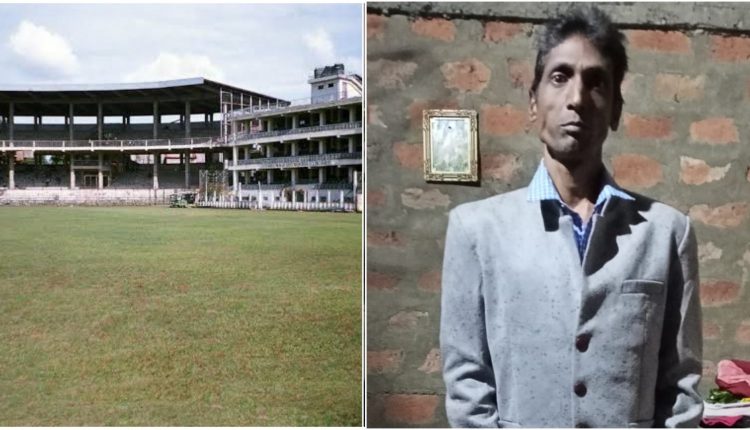 He happens to be a fourth-grade employee of the Silchar District Sports Association (DSA). The local sports guardian is an important member of the Silchar DSA family. He has been working silently behind the scenes for the last 15-16 years. His name is Prashant Shil. One of his job descriptions is to deliver letters to various club associations. Prashant has been silently and responsibly doing his job for so many years now. He is responsible for delivering various urgent documents including letters to the approved clubs and associations. That’s why he is known as ‘The Postman’ in the sporting world of Silchar.

It is of utmost importance that the letter of the association given to the clubs is delivered on time. Because the clubs have to respond to many important issues within a stipulated time. Thus, if the letter does not reach the clubs on time then there might be trouble. So, ignoring all the obstacles like storm, rain, and even scorching heat, Prashant has to move around to fulfill his responsibilities. Lean and thin figure-laden Prashant always wears a bright smile on his face. In between work, he always checks in on people around him. Whenever someone needs something, he brings it to them. But sadly, when Prashant’s time of need came, hardly anybody came forward. Although quite recently the Silchar Veteran Cricketers’ Club has come forward in helping Prashant.

From regularly traveling going to and from the SM Dev Stadium to reaching out to various clubs in the city, his only medium is to reach out is his vehicle, which is a bicycle. But lately, that bicycle has been facing issues most of the time. As a result, Prashant faced many hurdles while doing his job. At that moment, the Silchar Veteran Cricketers’ Club extended a helping hand to Prashant. He had appealed to many for a new bicycle, but no avail. Then the Veteran Cricketers’ Club finally solved his problem by handing over Prashant the key to his new bicycle. Prashant is elated to get a new bicycle, he said, “It’s not just a bike, it’s a lifeline for him”

The Silchar District Sports Association is closed at the moment due to the Corona pandemic. But even then, Prashant has to come to the field every day. Because he has to do the everyday work related to the ground like trimming the grass and many others. These responsibilities are shouldered by Prashant only. His residence is quite far from the city, in a place called Betukandi. Up until now, it used to take a substantial amount of time to travel on this route with his old bicycle. Most of the time, the bicycle would break down in the middle of the road. However, with the Veteran Cricketers’ Club providing new bicycles, it will take much less time now than before.

The Veteran Cricketers’ Club President Bijendra Prasad Singh, Dipankar Deb and Inderjit Patwa have extended their hand of cooperation in this regard. Club President Bijendra Prasad Singh, Secretary Niranjan Das, Dipankar Deb and Abhishek Chakraborty handed over the bicycle to him. Prashant is happy now as a long-standing wish of his has got fulfilled.

There are many such examples of Prashant in the Silchar DSA. Those who are silently fulfilling their responsibilities and favours of many quite gladly. But no one comes forward when their time of need comes. In this regard, the Silchar Veteran Cricketers’ Club has set a good example.