During the no entry period, a huge truck runs riot in the city and ends up killing people. The incident that took place last evening in Silchar has exposed loopholes in traffic management and road safety. The truck was apparently trying to escape as it was allegedly involved in an accident in Sonai Road area. If the locals are to believed, the truck crossed Kachudaram and reached Rangirkhari through Sonai road. From there it crossed Link Road and was heading towards Silchar Medical College and Hospital. As the speeding truck reached the Birbal Bazar area near Meherpur it ran over a procession marching with the idol of Goddess Kali for immersion.

The truck is registered under the name of Rajender Kaur and its number plate read, NL 01 K 9741. As per the official record of Silchar Medical College and Hospital, 20-year-old Pompa Dey and 18-year-old Sonali Das were brought dead. 20-year-old Shova Basfor and 40-year-old Joydeep Dey are in critical condition while 17 others who got injured in the accident are admitted to the hospital and out of danger.

Agitated locals blocked the road and vandalised the truck by throwing stones before setting it ablaze. As per available information, a Police official’s two-wheeler was also set on fire by the irked public. 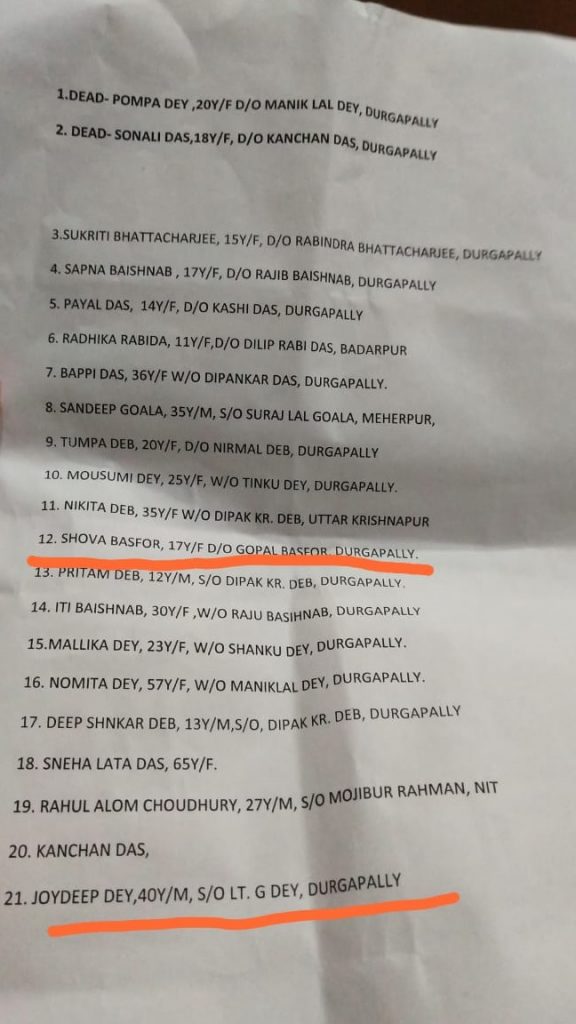