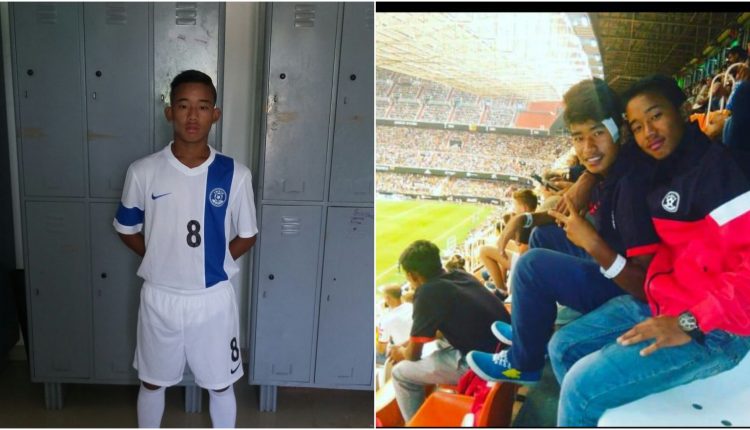 In footballing terms, he was just one kick away from scoring a place in the under 17 squad that played the FIFA World Cup held in India. The midfielder from Tarapur, Silchar, Jianchun Rongmei was the blue-eyed boy of german coach Nicolai Adam. India was hosting the Under 17 world cup and thus got an automatic entry in the tournament. The excitement in the country was huge and for Barak Valley, the build-up was filled with hope.

Jianchun Rongmei was in the 30 shortlisted initially. He went on exposure tours in Spain, Bangladesh, and Germany. Played wearing the number 8 jersey. The playmaker had managed to impress the coaching staff including manager, Nicolai Adam. Sources in the team said the squad was built around the promising teenager. However, after a fallout with some players and a disastrous exposure tour in Russia, the All India Football Federation (AIFF) decided to part ways with the German. Adam was replaced by Portuguese Luís Norton de Matos as the manager of Team India.

The transition didn’t go well for Jianchun Rongmei and he started falling down the pecking order. His race to the squad was derailed by off-field injuries too. Rongmei missed it as India went to the world cup with a 21-men squad that did not feature him. He says that miss still haunts him. His peers from Manipur Amar Jeet Singha, Dheeraj Singha have gone a long way ahead in National football while he still craves exposure.

The Coronavirus-induced restrictions did not help him either. Last year, the entire footballing season got suspended as most of the country remained under lockdown. This year too the second wave has hit like a Tsunami and the gates of Silchar DSA, Football Academy are all shut. In such a scenario, Jianchun’s frustration is growing. This year, local football is yet to hold its yearly transfers. Jianchun who played super division wearing the jersey of Arunachal Sporting is yet to know which club he will play for. An emerging footballer waiting to be a sensation is sleeping with regrets.

But he says he will not give up. Staying indoors, Jianchun says he is working on his fitness. Any opportunity he gets, he says he will give it his best to latch on. To survive at the top, consistency is key. Jianchun has learned a lesson by missing the National World Cup squad. He remains a promising footballer and his career is worth keeping an eye on.