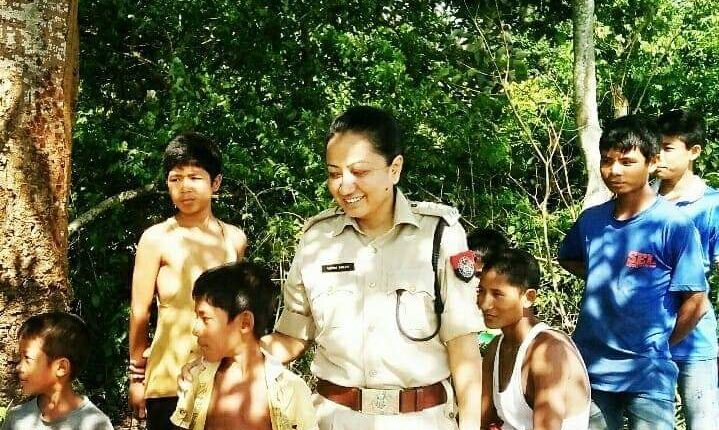 I am a survivor of sexual harassment at the workplace.

In the March of 2012, one of my seniors, Mukesh Agrawal, IPS, IGP (L), Assam, now ADGP (L&O), Assam, Guwahati, offered to take me on a holiday. With him. For the efficient work I had done.

I of course refused and took to the natural course of justice. I had no intention of taking a holiday with my boss. And I said so. To my organisation boss – the DGP, Assam.

Anyway, a lot transpired after that – my written complaint against Mukesh Agrawal, IPS, IGP (L), Assam, now ADGP (L&O), Assam, Guwahati.
To cut a long story short, my husband committed suicide after around six months of my submitting my complaint against Mukesh Agrawal.
Following which, the Enquiry Officer, Ms. Emily Choudhury, IAS, the then Addl. Chief Secretary, Assam, came to my house on the first day itself, the soonest possible, to assure me that it was not because of the complaint that my husband killed himself. I didn’t react. I was beyond any reaction. But the enquiry procedures had not started till then.

My case was dismissed as one of misunderstanding although the perpetrator himself had admitted to the fact. The perpetrator had asked me to accompany him to a holiday destination without of course telling my husband.
Also, the wife of the perpetrator had filed a defamation case against me for supposedly defaming her husband. I filed a revision petition against it in the Gauhati High Court. I won the case in the High Court.

I’m now beyond any redemption. I only feel some kind of contentment that the case against me resulted in a judgement that complainants cannot be persecuted upon for filing a case against sexual predators.

But I received no justice for the complaint I filed. The personal loss of my husband committing suicide is on a different ground. But I lost. My case and my husband and the father of my then 2 year old and six year old children. And that is what I remember. That the Enquiry Committee concluded that it was a misunderstanding even when the perpetrator himself admitted to the fact of the allegation made by me.

And I’m sure, after my experience, no one else would come out with their stories in govt. departments. I’m an example. Of defeat.

But still, for all of us, who have stood against it, strength to us!! #MeToo

I also feel responsible that it is my duty to inform everyone of the fact that as per the Gauhati High Court judgement in the above case, defamation cases against complainants cannot be filed during pendency of the allegation.