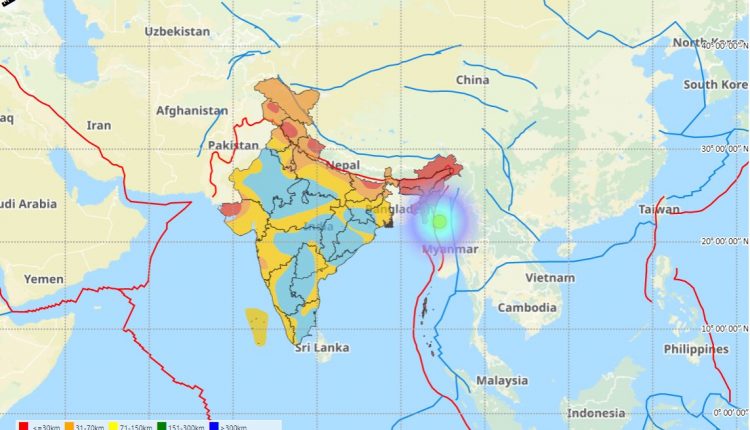 Tremors felt across several parts of the Northeast states on midnight of October 7 (11.58 IST). However no damage or loss of property, livelihood is being reported due to the jolts from the region. According to National Centre for Seismology, the magnitude of the earthquake was 5.5 and its epicenter was in Monywa [Lat: 22.25 & Long: 94.60] in Myanmar at the depth of 90-100 Kilometer below the ground surface.

The jolts were also felt from parts of Bangladesh including Sylhet, Manikganj, and Bagerhat according to news reports. The entire region of the Northeast stands on an Earthquake prone area considered to be Zone 5 according to the classification of seismic zones in India, where Zone 5 is particularly vulnerable to high-intensity earthquakes.