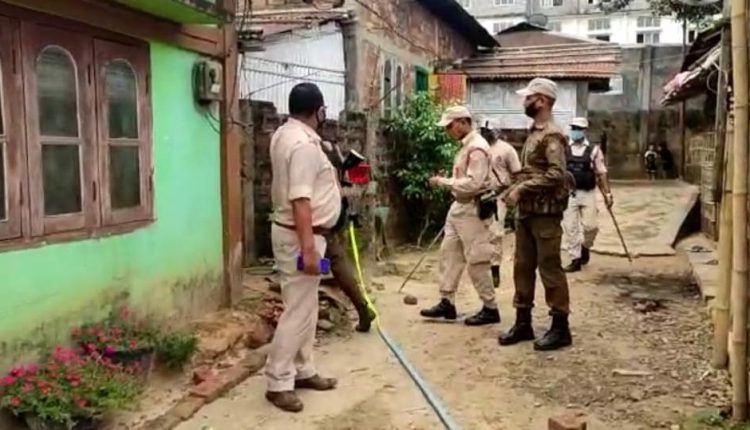 Today morning a video has gone viral on social media. The video features a minor girl who is being mercilessly tortured by a man with a revolver in his possession. The man in the video steps on the chest of the minor girl and then beats her with a log. All that is done in broad daylight and in front of others.

Later it came to light that the man is none other than the father of the minor girl who is being mercilessly tortured. The locals whom we could speak with said that this man (not naming to respect the privacy of the minor) is renowned for criminal activities. They said he often extorts the locals and threaten them with guns.

They confirmed that yesterday, he was beating his own daughter. He has apparently married four times, and the daughter is with first wife. The incident was reported at Gunghoor Police Station earlier today by Nazim Uddin Laskar popularly known as Kala.

In the FIR he states, as a neighbour, he tried to stop the atrocious activities but the man beating his daughter started threatening him with gun. “Later at night I was assaulted by him. He threw chilli powder at me and then manhandled me,” stated Nazim Uddin Laskar in his FIR. 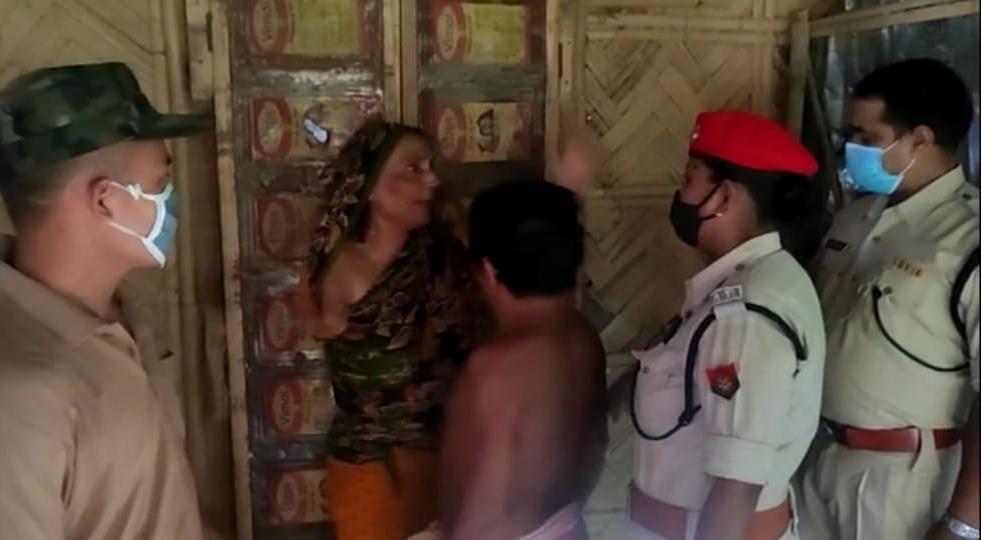 Officer in charge of Silchar Sadar Police Station, Ditumoni Goswami along with Chandan Bora, in-charge, Ghungoor Police Outpost visited the residence of the father who assaulted his daughter. When they reached the spot, family members of the victim started misbehaving with Police officials and abused Silchar OC, Ditumoni Goswami and his team.

DSP Silchar Sadar, Bharghav Goswami reached Ghungoor Police outpost and the matter is under investigation. However, the police could not arrest the father of the child. According to them, the father is absconding. The police officials refused to give a comment as the matter is still under investigation. One person has been detained by the Police in connection with the case.

The minor girl has been sent to the hospital for routine medical check up.