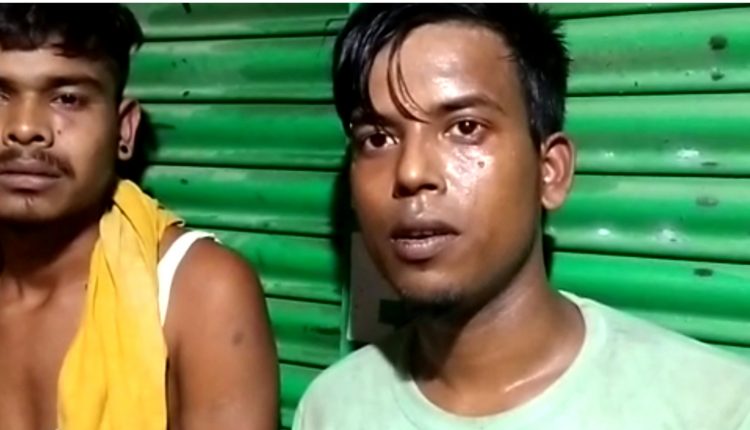 Two individuals stopped a truck and requested for lift at a toll gate in Meghalaya. The truck driver Mohammed Qyauum agreed to help. HR-63-C 2001 truck was loaded with E-Rickshaw. Qyauum said that the truck was loaded in New Delhi and the consignment is supposed to be unloaded in Agartala.

“Two young individuals claimed that they are stranded, want to go to Kalain and they need help. So, I agreed to help and gave them lift. They sat for a while and then requested to drive. After they insisted again and again, I agreed and one of the two sat on the wheels,” said Qyauum.

The two individuals have been identified as Ansarul Hussain of Natanpur, Kalain and Sanjay Malakar of Badarpurghat. Qyauum said he got suspicious when Ansarul refused to get off the wheels. “He took a different route and when I asked him about it, he told me that it is a shortcut. As we approached Badarpur, he again took a different turn. After I questioned him, he said he is saving my money by avoiding a check gate. I told him again and again that I have cleared all chalan and I have nothing to hide. But he took a narrow road and didn’t listen to me,” shared Qyauum.

As the truck reached Ganigram market area in Kalain, Qyauum started screaming as loud as he could. Malakar, sitting besides him tried to shut his mouth but by then the locals noticed that someone in the truck is in discomfort and started chasing the vehicle. Eventually the locals stopped the truck and recused the driver. Locals informed the local Police about the incident.

Officer In Charge of Katigora Police Station, Manuj Narzary said that the Bhangarpar Police Patrol Post is investigating the matter and both the miscreants are being interrogated.

As it turns out, it could have been an attempt to hijack the loaded truck. Timely intervention from the locals helped in foiling the attempted hijack. The driver Qyauum’s life was also at risk as the two miscreants were driving the truck deep inside the woods.