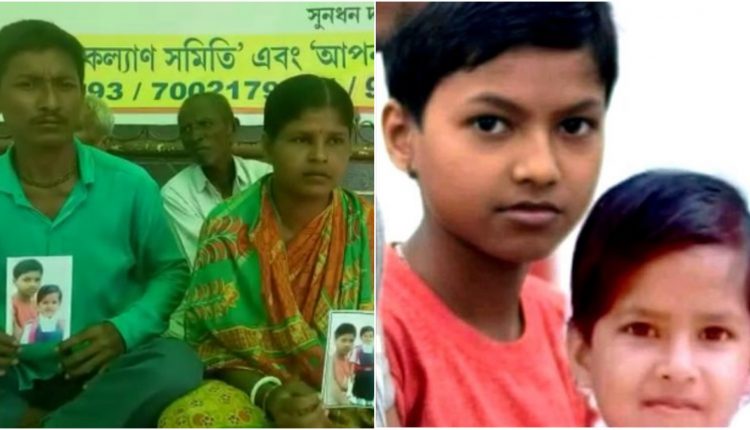 Missing for 2 years; "If they're dead, get me the bones," Sourav and Supriya's father; Mother "suspiciously" missing

On this day, two years back, two kids went missing from Silchar. 12-year-old Sourav Das and 5-year-old Supriya Das were last seen with their mother Sombala Das on the road next to the deputy commissioner’s office. Mysteriously they vanished and the Police failed to trace them in the last two years. Four superintendents of Police, Mugdhajyoti Dev Mahanta, Manabendra Dev Ray, Bhanwar Lal Meena, and now Vaibhav Chandrakant Nimbalkar were briefed about the case of the two missing kids and yet no success.

“Even if they are dead, get me their bones. I want to know what happened to my children. I am a dead man selling vegetables to make ends meet. My family got ruined and I am left lonely,” says Sunodhan Das, father of the duo missing since June 9, 2019. He is a resident of Tapoban Lane in Ashram Road Silchar. At a time when Assam Police is solving cases within 24 hours, why is it that there is very little heed paid to the case of these two missing kids? “Because they are poor and they don’t help any political agenda. They are not professor’s kids, they are not a frontline warrior’s kids, they are not doctor’s kids,” says a member of the ‘Koiborto Unnayan Parishad’.

After the kids went missing, Cachar Police had arrested the mother on the basis of a complaint signed by Sunodhan Das. Back then, he had said that he was “manipulated” to sign the complaint. Later, the police released Sombala Das, and together the couple held many protests urging the Police to find their kids. Once they had sat on a hunger strike at the foothills of Khudiram Bose’s statue in Silchar but the Police detained them and had got them admitted to the Civil Hospital.

“My children are not goats or cows, they are humans. Where did they go, where are they now, how do I live with these questions running in my mind round the clock? Today the Police is nabbing cattle smugglers, going after them with rifles, why can’t they find my children,” Sunodhan Das cries. He adds, “It is not only the two lovely kids who went away from my life. Being a rickshaw puller myself, I saved to make us a house. Four of us used to live in that house and now, it is only me, in complete isolation.”

His wife had left him in early 2021 and started living at her paternal house. Sunodhan Das in an interview with Barak Bulletin last year said his wife has lost her mental balance and that is why she started hating him. However, this year, he feels “It is not that simple.”

According to Sunodhan Das, his wife and the mother of the siblings – Sombala Das is “suspiciously” missing for more than a year now. “I have no clue where she is and who has kept her away from me. I am not entertained at my father-in-law’s house. Everything is murky in my life and I feel everything is related to my kids being missing for more than a year,” adds Sunodhan Das.

On June 9, 2019, Sombala Das had left with the kids after a heated argument with her husband Sunodhan Das. All three of them went missing, and three days later, On June 12, Cachar Police found Sombala Das standing in front of Gobindobari in Ashram road and took her home. Later she was arrested on charges of selling her own kids. The charges were pressed by none other than Sunodhan Das on a paper he had said he signed “unknowingly”.

“If they are alive, pray they are safe and if dead, may their soul rest in peace,” father of Sourav and Supriya Das

Neighbours and relatives have also abandoned Sunodhan Das. His own sister and brother-in-law live in the next plot. “There is no connection, no conversation. I am all alone and by myself,” says Das. Though Das, never alleged his wife of any wrongdoings, at least during conversations with Barak Bulletin, there are people in Tapaban Lane who feel if the Police manage to find his wife, they will get a massive clue about the kids.

The ball now is on new Cachar SP, Vaibhav Chandrakant Nimbalkar’s court. It’s not just about two missing kids anymore, the intelligence and interest of the Police are also in question. This is the same Police formation albeit with a different head, that managed to rescue the child of Assam University Professors within 72 hours. “Injustice anywhere is a threat to justice everywhere,” and the responsibility rests with the men in uniform. Recently after a doctor was manhandled by a mob, Assam Police arrested 24 assailants within 24 hours. The chief minister praised the service. Another lot chased smugglers with guns and were shot at. Yet they managed to arrest the kingpin, DGP lauded the efforts. Cachar Police too attained success in confiscating a significant amount of narcotics and the same got tweeted by the CM.

The two children missing do not belong to an influential family and therefore it is not a high-profile kidnapping case, but history has shown it time and again, humble beginnings lead to Prime positions. India’s current Prime Minister did not hail from a very influential family… Sourav Das a student of Adharchand School and Supriya Das a student of Durgashankar Patshala are missing pieces of the puzzle that might leave empty spaces in the future.