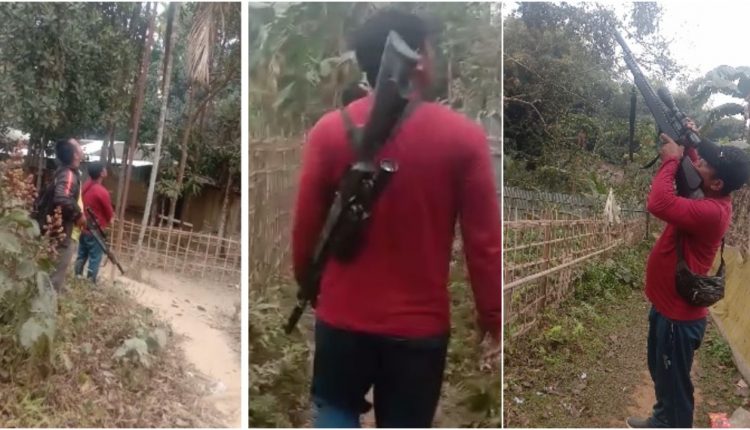 Mizo sharp-shooters hunting birds in forest area under Cachar; "We hunting in our land" they say to locals

Locals of Dholai area in Cachar district are worried as they often see Mizoram residents walking with guns and hunting birds in forest areas under the Cachar Forest Division.

“Not one, not two, they come in a herd, hunt birds, take a few with them and leave the rest to rot here,” said a local resident of Khaspur area in Bagha.

The local resident, who wished not to be named added that they have asked the Mizoram residents to refrain from hunting birds in the forest area. “They don’t listen to a word. Continue shooting at birds. The only thing they say is that we are hunting in our own land, you all go back,” added the local resident.

They not only hunt birds in the forest area but do that all around the Assam – Mizoram border is what the locals have alleged. DFO, Cachar Forest Division Sunnydeo Choudhury said he is not aware of any such hunting in the Reserve Forest Area.

The locals have filmed the Mizoram residents while they were hunting birds within Assam. When those videos were produced to the DFO, he said, “We will look into the matter.”

The two states have not been on cordial terms in recent times. Border disputes got both the state’s bureaucracy at loggerheads. The Central Home Ministry had to intervene and order the deployment of Central forces on both sides of the border.