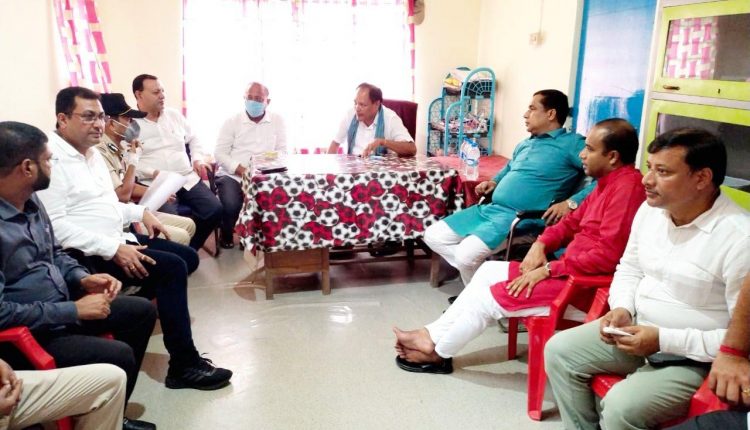 However, when the same bots shift to the comment box of Assamese Media Houses, they try instigating the Assamese sentiments floating the narrative of Bangladeshi infiltrators, which actually revolves around the idea of tagging every person from Bengali origin as Bangladeshi. Their Bangladeshi infiltrators narrative revolves around the accusation that the Assamese and Bengali society are culturally apart and the same Bengalis, whom they view as Bangladeshi with their racist viewpoint, are the root cause behind this scuffle. They even go to the extent of recounting the number of Assamese songs they listen in Mizoram, thus portraying themselves as the true friends of Assamese, while belittling the Bengalis.

However, the facts on the ground state otherwise. Every picnic party in Barak, begins their day with some Assamese song, playing in repeat and the people dancing to the tune, with no hard feelings for the Assamese language, people or artists. Having said that, listening to some songs from a separate state does not prove your goodwill towards it as well. Someone in Pakistan listening to Indian bollywood songs won’t mean the Pakistanis have developed the extreme level of cultural and sentimental alikeness with the Indian union.

What matters at the end of the day is co-existence. The Bengalis have not only co-existed with the Assamese society for a long time, but the communities have also intermingled with much ease and peace. No doubt, we develop issues within ourselves and that is natural to any two ideas, linguistic groups or communities living together, but we actually resolve our issues like two matured and cultured communities, rather than going all in all against each other with arms in hand. Today, Himanta Biswa Sharma, an Assamese is fighting for securing this part of the land of Assam, which the Mizo miscreants tend to tag as land of Bangladeshis. The opponent leader, Debabrata Saikia, another Assamese is pressurising his fellow Assamese CM for taking more drastic measures to make sure that the culprits behind the killing of the Assam Police jawans and a Lailapur civilian are brought to justice. The Assamese media panelists are debating on behalf of us and challenging the narratives set by the Mizo government and social media handles.

With this, I also seriously hope that the Central government takes an early note of the situation and busts up the illegal weapon trafficking networks operating inside Mizoram. The warnings issued by Mizo organisations about reviving insurgency, need to be taken seriously. The people behind this need to be nabbed and punished according to the law. The illegal channels they use to acquire weapons could anyday be used against the Union government as well and thus it needs to be paid the due importance and nullified before the occurence of anymore untoward incident.