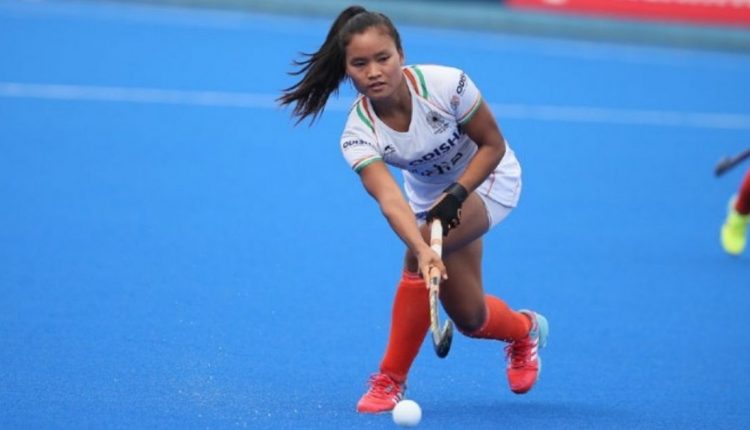 The Indian Women Hockey team has managed to break everybody’s expectations by getting into the semi-finals of the Tokyo Olympics 2020. Mizoram’s daughter Lalremsiami Hmar was also a part of the women’s Hockey team that performed brilliantly throughout the campaign. Acknowledging this achievement, the Mizoram government has announced that it would offer a financial reward to Lalremsiami Hmar for her recent achievement with the Hockey stick. On Friday, the Zoramthanga government has announced that they would give Lalremsiami Rs 45 lakh in cash, a government job and a plot of land as well as a part of the reward.

As a woman from Mizoram for the first time, Lalaremsiami has made a name for herself in the state by participating in the Olympics. That is why the government of Mizoram has decided to reward her. Lalremsiami is fondly known as Siami in the dressing room of the Indian women’s hockey team. She is a regular member of the Women’s National Hockey team. As a forward, she has set an example as a forward in this year’s Olympics. Not only at this year’s Tokyo Olympics, but also the Asian Games held in Jakarta, Lalresiami won the silver boot by scoring four goals, and had a great performance in the 2018 Women’s World Cup as well.

Lalremsiami was born on March 30, 2000, to a poor family in Kolasib, about 80 km from the capital city of Aizawl. The Zoramthanga government has already started preparations to give a warm welcome to a member of the Indian women’s hockey team who finished fourth in the Tokyo Olympics after arriving in her home state. Preparations are in full swing in the capital Aizawl. Earlier, Lalremsangai of Mizoram had participated in the Olympics in 1992 and 1996 as a member of the Indian archery team.Lalrelsiami has been training at the State Hockey Academy in New Delhi since 2016. For the last few years, the Mizo player of the Indian women’s hockey team has been training under the Sports Authority of India (SAI).