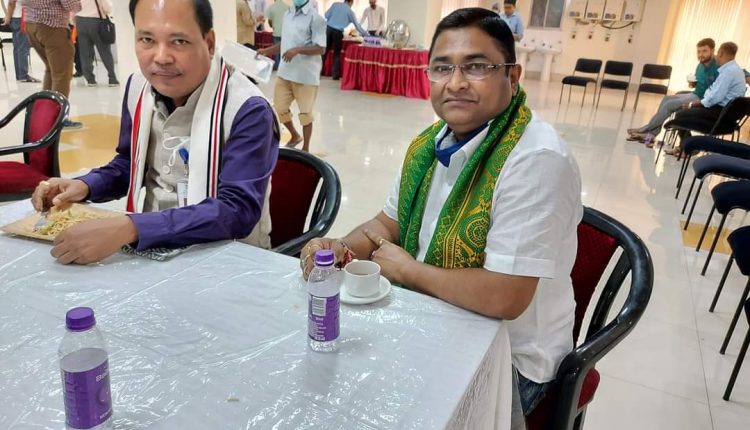 MLA Dipayan Chakrabaorty raises question about the sports infrastructure of Silchar; Medal winners in National Games to get government jobs

In fact, during the Question Hour session of the assembly, Dipayan Chakraborty raised questions about the sports infrastructure in Silchar. However, the question of the Silchar MLA went into the unstarred process as the time limit for the Question Hour session had already passed. Then the Sports Minister Bimal Bora, according to the rules, answered the question of the Silchar MLA in writing.

The Sports Minister replied in writing to the MLA’s query that during 2016-2021, the state government had taken up two plans to improve the sports infrastructure in Silchar. One, setting up a youth hostel in Silchar. And secondly, the infrastructural development of the Silchar Football Academy. These two projects have not started yet. However, work on two projects will start soon.

The Silchar MLA stated that he wanted to stand in the assembly and be vocal about the sports infrastructure of his constituency. However, it was not possible as he did not get the opportunity within the stipulated time. Dipayan said, ‘There is a Question Hour session of the assembly from 9:30 am to 10:30 am. I had hoped that my query will come up during that hour. But as the Question Hour had passed by then, I did not get that opportunity today. Given the opportunity, I wanted to raise the issue about the unfinished stadium of the Silchar DSA, about the government’s plans for the stadium. And if the Silchar Stadium is not under the government’s plan, then it should be brought under the plan soon, which I would’ve put questions in the assembly as well. In the future whenever I get a chance, I’d make sure to raise those questions.”

The Silchar MLA further said that he also wanted to question about the athletic track that is situated at the Police Parade ground of Silchar. Dipayan Chakraborty said that many people in the assembly on Monday raised questions about sports infrastructure. And the answer to every question was provided by Chief Minister Dr Himanta Biswa Sarma with an optimistic mentality.

The Chief Minister said that the MLAs of each assembly constituency should look for a plot of land to build an Olympic-sized stadium in their respective constituencies and also emphasized building a sports complex. He said that the government is planning to provide financial assistance of Rs 5 lakh per year to every DSA in the state. In addition, the Chief Minister announced in the assembly that just like if any player wins medals in Olympic Games, Asian Games or Commonwealth Games, they get government jobs, from now on, even the state athletes winning medals in the National level competitions will also get government jobs. At the same time, the Chief Minister said that the government is planning to increase the sports pension from eight to ten thousand rupees from now on.