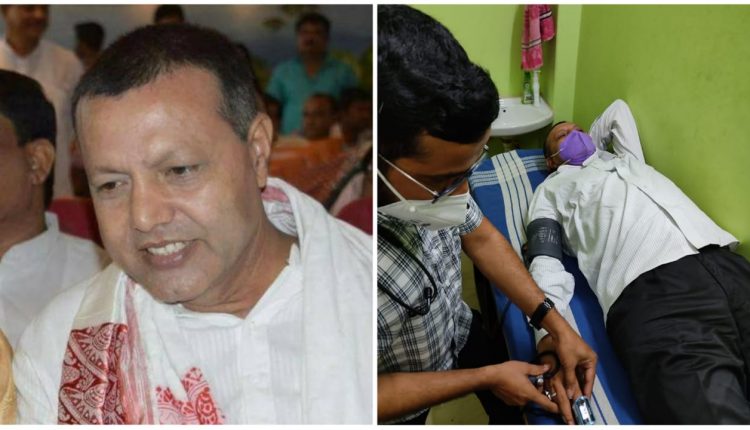 MLA Siddique Ahmed to get hospitalised in Silchar after health deteriorates

South Karimganj MLA Siddique Ahmed rushed to Silchar after his health condition deteriorated. According to family sources, he was suffering from mild fever and today, developed chest pain. He was also having difficulties in breathing.

Dr. Abu Nasar Md Masroor, checked MLA, Siddique Ahmed at a private chamber. Speaking with Barak Bulletin, the doctor informed that the MLA was presented with shortness of breath, cough and fever. A RAT test was performed and doctor informed that the MLA has tested negative on RAT. “I have suggested an RT-PCR test for confirmation. I have also advised him hospitalisation,” added Dr. Masroor.

According to the family sources, the MLA South Karimganj will be admitted to Green Heals Hospital in Silchar.

Siddique Ahmed was first elected as a member of legislative assembly in 2001 and the congressman served as a minister in Tarun Gogoi’s cabinet. In 2021, he defeated AGP’s Aziz Khan to become the MLA for one more term.

He has been suffering from diabetes and hypertension for the last ten years and that is why the family members have rushed him to Silchar.