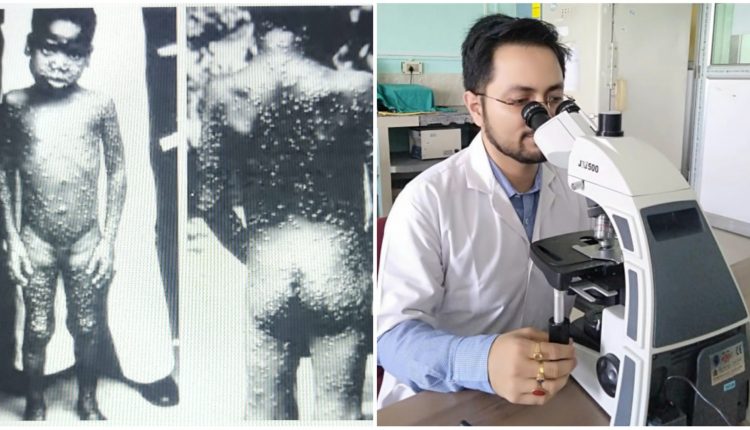 Monkeypox: The Re-emergence of a Pathogen! Dr. Himabrata Das’ in conversation with Dr. Barnamoy Bhattacharjee

The Government of India has recognised the increasing threat of monkeypox by summoning a meeting of eminent health experts and has also issued directives to the States to monitor the emerging viral threat closely. Meanwhile, the United States has declared the monkeypox outbreak a public health emergency.

Thank for your time. The last time we spoke about the Coronavirus. A new pathogen is in the news of late-Monkeypox. What is the virological background of causative agent of Monkey pox disease?

The causative agent monkey pox virus is an enveloped double stranded DNA virus which belongs to Orthopox virus subfamily of Poxviridiae family. This virus multiplies in the cytoplasm of infected cells.

Could you please throw some light on the epidemiology of the Monkey pox disease?

The Monkey pox disease, which was previously rare, is now a re-emerging zoonotic disease which is transmitted to human beings from rodents, bats, squirrels and non-human primates viz. monkeys and apes which are its primary host and in some cases act as primary reservoirs.

The monkey pox virus was first recognised in captive monkeys in 1958. Human monkey pox cases were discovered in early 1970s in Democratic Republic of Congo from Central Africa and later from Western Africa. Accordingly, the virus has been classified into two genetic clades- The central African/Congo Basin clade and the West African clade.

The Congo Basin clade has been associated with severe form of the disease.

Outbreaks of Monkey pox disease have occurred in Zaire in 1996 and 1997 suggesting the high potential for human to human transmission.

The first outbreak of Monkey pox disease in Western Hemisphere in the U.S occurred in 2003. Higher incidence of human to human transmission was noted in the outbreak of the disease in Republic of Congo in 2013.
The risk of human disease from animal orthopoxvirus infections is increasing as cross-reactive smallpox immunity wanes in the general population and exposure to wild animals in the rainforest and to exotic animals as household pets grows. 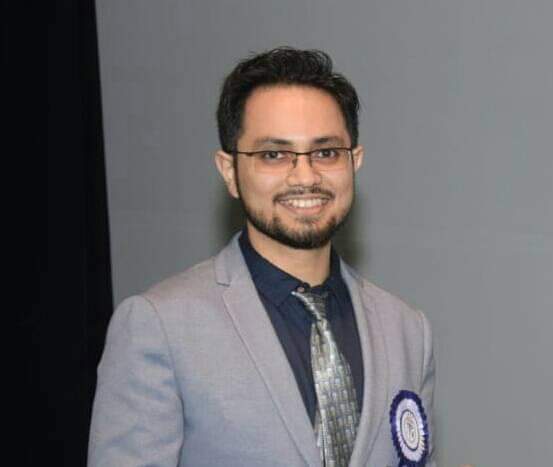 Animal-to-human transmission occurs by bite or scratch of infected animals like small mammals including rodents (rats, squirrels) and non-human primates (monkeys, apes) or through bush meat preparation.
Human-to-human transmission occurs mainly by contaminated fomites. It can be transmitted through direct contact with body fluids or lesion material, and indirect contact with lesion material, such as through contaminated clothing or linens of an infected person. Primarily spread through large respiratory droplets generally requires a prolonged close face to face contact with the infected person. It can even be transmitted through inhalation of crusted skin flakes. Vertical transmission can occur through placenta but precisely defined teratogenic effects have not been documented. Facts about sexual transmission are not yet documented clearly enough.

Period of communicability: 1-2 days before the appearance of rash to until all the scabs fall off/gets subsided.

What are the clinical presentations of the disease monkey pox?

In the prodromal stage (0 to 5 days), the cases may present with fever, headache, bodyache, myalgia, sore throat, chills etc. But this is accompanied by prominently pronounced lymphadenopathy (periauricular, submandibular, axillary, cervical and inguinal), which differentiates it from small pox.

How does the disease progress ?

The first lesion appears in tongue and mouth. The initially macular rashes spread centrifugally from face to arms, legs, palms and soles within 24hrs. Involvement of trunk, genitalia and conjunctiva occurs to a lesser extent. Within 3rd day the rashes progress to papules. By 4th or 5th day they become raised fluid filled vesicles and by the end of 1 week the rashes transform into pustules. Throughout this stage the lesions remain painful until crusting occurs by the end of 2nd week and scab falls off. Lesions heal with hypertrophic scars and hypopigmented or hyperpigmented scars often facial muscular contracture, alopecia etc.

How is Monkey pox diagnosed in Laboratory?

Answer- It is diagnosed by Conventional DNA polymerase chain reaction or Real time PCR.
Ideal and optimal sample for diagnosis of Monkey pox are roof or crusts of the vesicles, vesicular/pustular fluid and swabs from base of the lesion collected in a dry tube and not in Viral Transport media and stored at 4 degrees centigrade with dry ice during transportation. Nasopharyngeal or oropharyngeal swabs collected in VTM can also be used to diagnose monkey pox. But DNA PCR on blood sample lacks sensitivity and specificity and can be inconclusive because of the short duration of viremia relative to the timing of specimen collection after symptoms begin and so not done routinely. Sample collection and testing should be done by Health care workers and lab technicians after wearing PPE to avoid contracting the disease due to close contact.

How is the prognosis of Monkey pox disease in Immunocompetent hosts?

Monkeypox is usually a self-limited disease with the symptoms lasting from 2 to 4 weeks. Severe cases occur more commonly among children and are related to the extent of virus exposure, patient health status and nature of complications. The case fatality ratio of monkeypox has historically ranged from 0 to 11% in the general population and has been higher among young children and unvaccinated individuals. Prior Vaccination with attenuated Vaccinia virus might protect against the disease in certain proportion of people but definitely reduces the disease severity in diseased. In recent times, the case fatality ratio has been around 3-6%.

How is a monkey pox case treated?

The mainstay of treatment of monkey pox disease is pain management by analgesics and giving antipyretics along with maintenance of adequate hydration and proper nutrition in Isolation adopting the standard droplet and airborne precautions to prevent transmission.

A still newer vaccine based on a modified attenuated vaccinia virus (Ankara strain) was approved for the prevention of monkeypox in 2019. This is a two-dose vaccine for whose availability remains limited. It should be mentioned in this context that Smallpox and monkeypox vaccines are developed in formulations based on the vaccinia virus due to cross-protection afforded for the immune response to orthopoxviruses.

As per WHO, the antiviral agent Tecovirimat (developed for smallpox was licensed by the European Medicines Agency (EMA) for monkeypox in 2022 based on data in animal and human studies). If used for patient care, Tecovirimat should ideally be monitored in a clinical research context with prospective data collection.

What could be the Public Health implications of Monkey pox disease?

Though self-limiting, sometimes complication like secondary infections, Sepsis, pneumonia and encephalitis may occur. Corneal involvement may lead to visual impairment. Post healing of rashes, facial scarring may occur. Until proved otherwise by evidence, the possibilities of teratogenicity in foetus, risk of sexual transmission in asymptomatic cases and infertility post genital involvement cannot be ruled out.

So, if the Indian population is not sensitised enough regarding the modes of transmission of the disease, travel restrictions are not imposed on travelling to and from affected and endemic countries undermining the trade and tourism benefits, and adequate protection are not taken, the emergence of cluster of cases in close contacts and chain of transmission cannot be broken and like the USA, India might also land up in a soup by allowing Monkey pox to strengthen its root and become wide spread to the extent of raising public health emergency alarm.