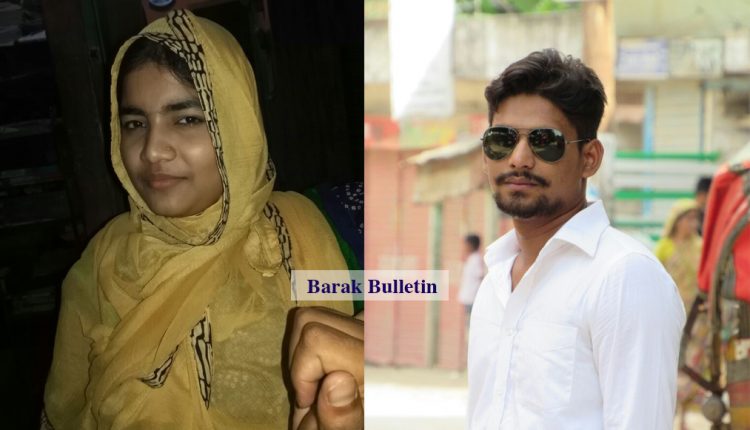 "Mousumi is happily married and will visit her parents in Karimganj twice a year": Sumon Khan, Numon's brother-in-law

Romeo-Juiliet, Heer-Ranjha, Laila-Majnu, we all thought these are most epic love tales ever, may be they are but for the time being at least in Barak Valley they lost their reign to Mousumi Das – Numan Badshah. Karimganj resident Mousumi Das fled to Bangladesh and married her boyfriend Numan Badshah. People of Barak Valley feel this is not a 2 + 2 = 4 cases, they sense something fishy, a possible case of controversial concept called, “Love Jihad”. Politicians played the blame game, newspapers wrote headlines even national media too paid attention towards the case, overall this love story in recent times is certainly the most talked about case in Assam.

Mousumi Das, 21-year-old student of Rabindra Sadan Girls college once visited a fair, where she met Bangladeshi businessman Numan Badshah. According to Dhaka Police, the duo gradually fell in love and eventually Mousumi Das fled to Bangladesh and first converted to Islam and then married Badshah. In the meantime Mousumi’s father filed a missing diary in Karimganj Police station and about 12 days later got to know that Mousumi has fled to Bangladesh and has changed her name to Fatima Jannat. She shot a video and sent it to India… rest we all know, because its covered extensively and is impossible to ignore.

Barakbulletin.com thought we should bring to our readers what is happening in Bangladesh, so we called up Demra Police Station in Dhaka, Bangladesh and they said she is on bail and judicial investigation is going on, the officer in-charge helped us with Sumon Khan Mousumi’s brother-in-law’s (Numan Badshah’s sister’s husband) number, according to police he is the family guardian and is best suited to speak on the matter…

Q: Can you please tell us the latest status of the judicial proceeding?

The honorable court has granted her bail last Monday and next Monday we will get to know the date of next hearing.

She is staying at a place with her husband and family members, I cannot reveal the address of the place but she is happily staying with her newly married husband and in-laws is what I can assure.

Q: Did anybody from India come to see you or meet the family or call you? Did you meet someone named Ekbal Hussain from India?

When Fatima was in police station, people from High Commission and other offices came and met her and took her statement. There were journalists and other Indian visitors too; I don’t remember anybody by name.

Q: What is the mood in Numan Badshah’s house, are you all okay with this marriage?

Yes, we have accepted the marriage and Fatima completely, she is happy here, there is a video clipping where she says she is liking it here. When we had applied for her bail plea the entire family was waiting for her with empty stomach, we were so tensed that we could not eat. She is an important part of our family and we will be with her throughout.

Q: Tell me how is it that you all have so easily accepted an inter-religion marriage?

See love sees no religion; it is a matter of feeling. Anybody can fall in love with anybody, she is deeply in love with Numan and that’s why with god’s grace she could pass all the obstacles and reach Bangladesh from India. I met her, spoke to her several times, I see the love in her eyes… there is no way you can reject such an affair.

Q: People in India are angry at whatever has happened they feel it’s not just love but there is something fishy too…

For once let us all leave the religion part away and think, can two person not fall in love with each other? Of course they can… Now Mousumi is a matured adult and whatever she is doing she is doing according to her will. She clearly stated that in a video conversation. I urge Indian media to not write provocative pieces instead understand the scenario, its two matured souls taking their own decisions. I would also like to state here that Bangladesh government is with us and will help us in every possible way and I request Indian government to support the newly wed couple too…

Q: But Sumon you are saying let us leave religion apart and love sees no religion, I agree to you, but then why has she converted herself to Islam if Religion does not matter?

See, she has converted on her will, as an adult you have all the right to convert your religion at any point of time. There is an official affidavit done which states that she willingly decided to convert to Islam.

Q: I know the law what I am asking is if love can happen without conversion then why is it needed now?

According to basic rules of Islam a man can only marry a girl out of the religion after she has converted to Islam. So, after Mousumi decided to come to Bangladesh and marry Numan she by her choice first converted to Islam and then got married to Numan. It all happened according to her wish, exactly how she wanted.

Q: Mousumi Das has committed a criminal offence according to law of Bangladesh, she entered the state without a Passport, how do you plan to sort this issue?

Yes it’s true she came in without a passport and that shows the power of love. She was so deeply in love with Numan that she could manage to make impossible, possible. Now she is here, and we will make a passport and if Indian high command drop in a word the issue will get sorted easily otherwise we will handle it as per law, it’s not a big issue and it can be sorted.

Q: What is it that you would like to communicate to Mousumi Das’ parents; did you try to call them?

Yes, I tried to speak to them and will try again next week. I understand they are angry and request locals to console them. I would also like to assure them that their daughter is doing well here and is living happily. It is my request to them to please accept the wedding, she will travel to Karimganj twice a year and spend time with her parents, we have no problem with it whatsoever…

How a class X student lost her trust on CBSE…