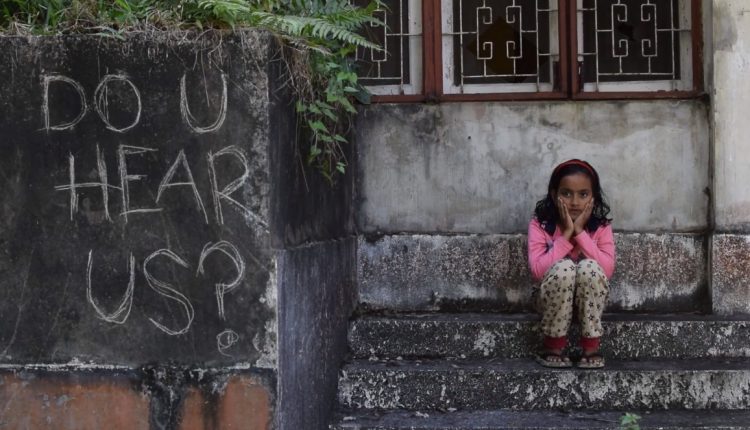 It has been more than 45 months since the employees of the HPC paper mills at Cachar and Nagaon last got their salary. Both the mills have already been shut down back in 2015 and 2017 respectively. 81 employee deaths and years later, the plight of the families of the now-defunct HPC mills is still more or less the same. And this tragic story has been beautifully and almost empathetically captured and retold through a musical short film released by the Barak Breeze Films. Titled ‘Sokatore Oi: A Prayer for HPC Employees’, the music video tries to portray the pathos and prevalent situation of the two HPCL Paper Mills in Panchgram and Jagiroad, Assam which is completely shut down for years while the employees are awaiting their salaries. Assisted by a beautiful rendition of a Rabindra Sangeet sung by Sanghita Choudhury, the story takes the viewers to the colonies of the now-defunct Cachar Paper Mill, where the inhabitants used to go about their daily lives just like any other neighbourhood or township of any civilised society.

One of them happens to be a small girl who tells the story of how the shutdown of the paper mill has affected her education, as her school apparently stopped taking students from Class I to III as the industry won’t be restarted soon. She’s a student of Kendriya Vidyalaya, Panchgram, which is a central run school situated in the vicinity of the industry for the children of the HPC employees working there. In a series of montages, the HPC township is seen which is now a land of overgrown bushes and walls painted with cries of help. Narrating her story, the girl said that she is aspiring to be a doctor someday, but the uncertainty around the restarting of the industry making her school cut down its teachers from 28 to 10 right now. The song was recorded and produced at the Pine Records, Silchar.

Talking to Sanghita Choudhury, who lent her voice to the song of the story, she said that the people behind the Barak Breeze Films approached her to sing for the short film after the video was already shot and done. “When they approached me to sing for this short film, the Covid lockdown had already arrived. So, due to the lockdown that ensued, the release of the film got delayed even though the recording was already done around the beginning of the lockdown. Even though the release got delayed by a year, it was very important that it gets released. That small girl raises some valid issues that perhaps the common people of this valley or even the politicians should be talking about.” The video also points to the issue that several promises were made by both the central and the state governments over the years to revive those industries, but all in vain.

The film was entirely made by the Barak Breeze Films, a production house based in Barak Valley. Talking to Saikat Das, co-founder and one of the people behind the camera, he too reiterated the point that the issues raised by that school-going girl reflect one of the burning problems the people of Barak Valley have been facing for years now. “We visited the Panchgram paper mill several times over the years. We always wanted to tell the stories of these people who have been deprived of their basic rights. During one such visit, we came across this little girl who was very confident yet innocent in her behaviour. We immediately decided that we’d tell the story of the plight of all these HPC employees through her experience, as she too is a child of an HPC employee and her life too was affected with this shutdown. There were 2-3 people from that neighbourhood who helped us out during the entire process. So, in a way, the film is also a prayer in some form to give some much-needed thought to the issues faced by people like her.” Barak Breeze Films consists of Saikat Das, Amin Uddin Laskar and Saurabh Bhattacharya.

The evergreen country music legend Johnny Cash said in one of his songs – “It’s a big job just gettin’ by with nine kids and a wife, But I’ve been a workin’ man dang near all of my life, And I’ll keep on workin’ long as my two hands are fit to use, I’ll drink a little beer in a tavern and sing a little bit of these workin’ man blues”. Perhaps, the HPC employees too could use some Johnny Cash to ease down their pain and seemingly eternal frustration. But our society is yet to get its own ‘Man in the Black’ to express the plight of one of the greatest industrial crises in our history.

‘I wanna throw my bills out the window catch a train to another town; I go back workin’ cuz I gotta buy my kids a brand-new pair of shoes’ – Johnny Cash

Politicians in Cachar are using songs to woo voters; Here is a list of them