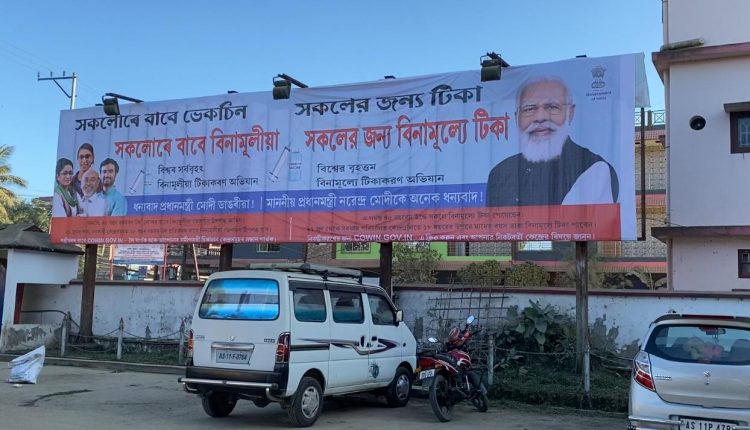 Assamese-only poster promoting free vaccination of Government of India was installed at a petrol pump in Meherpur and it had sparked a controversy. Barak Democratic Front’s chief Pradip Dutta Roy protested the violation of Assam Official Language Amendment Act. 1961.

It took eleven martyrs to sacrifice their life to secure the amendment and make Bengali the official language of Cachar (now Barak Valley). Dutta Roy argued that the Cachar district administration must immediately replace the government advertisement with the Bengali one and if the same is not done within 48 hours, BDF will hit the streets.

This comment was blown out of proportion by the news channels headquartered in Guwahati. Soon after that on November 26, 2021, the Petrol Pump Authority of Goswami Filling Station removed the advertisement keeping the security issues in mind. The same day, Pradip Dutta Roy was summoned to SP Office and the next day, on November 27, 2021, after being detained for more than nine hours, he was arrested. 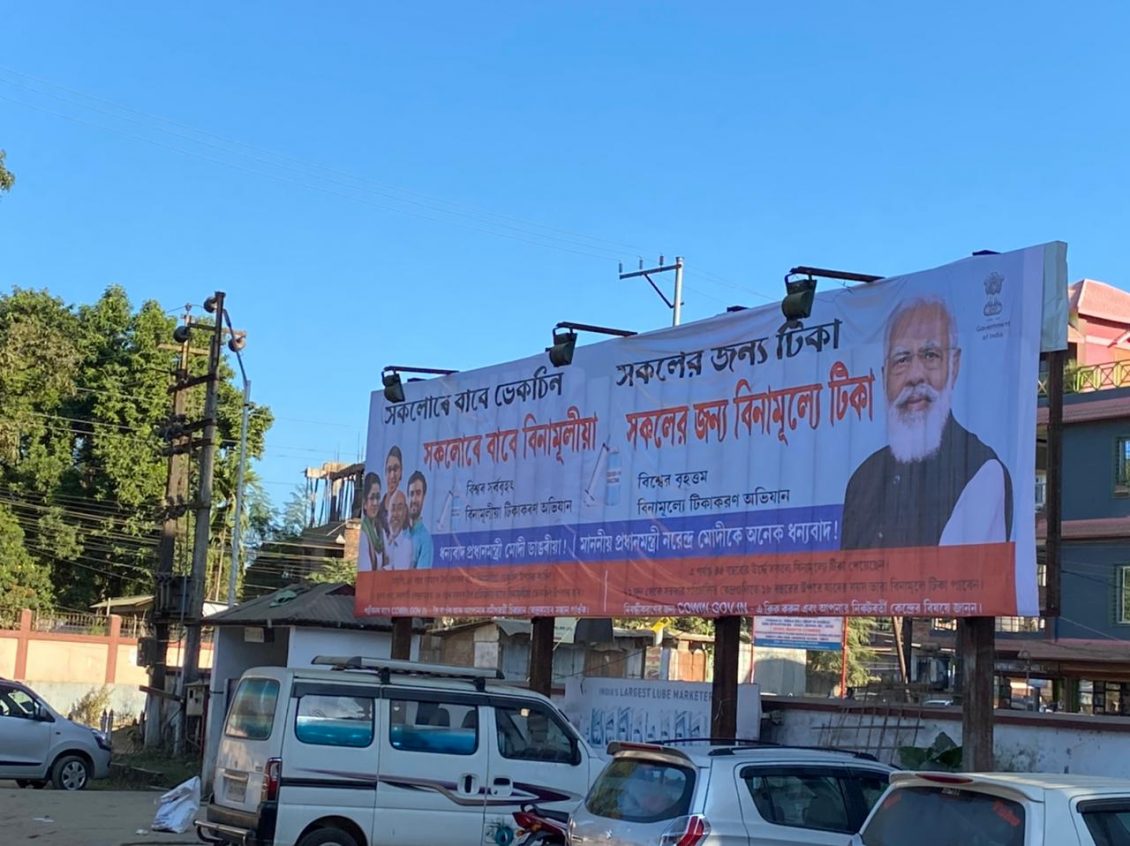 Today, around 48 hours after Dutta Roy was arrested, a new advertisement hoarding has been installed on the same billboard.

As it turns out, the banner now carries Assamese and Bengali language both. This raises many questions and one of the most important one is that, if what Pradip Dutta Roy said merits a jail, then why did the government change the advertisement banner? Now that the government has accepted its mistake and changed the banner, should he be still rotting in jail?