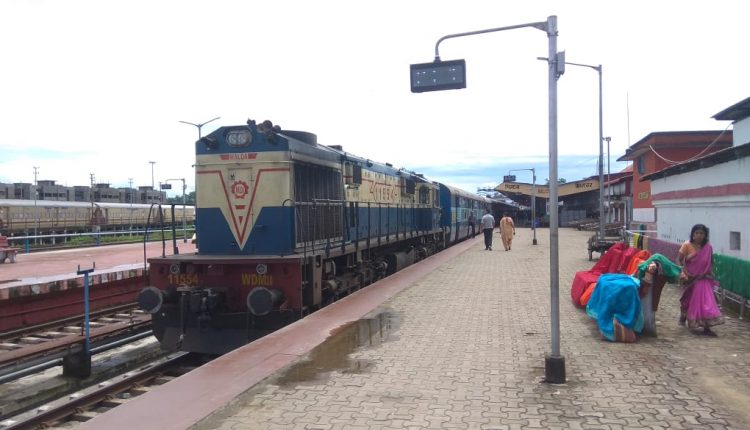 Dullabcherra in Karimganj district to soon get another passenger train, connecting Silchar to Karimganj, which the residents were demanding from the past few years. This was informed by Angshuman Paul, president of a local body, according to whom GM of NF Railway, Sanjive Roy, called and informed him personally about the development.

“We are demanding another passenger train between Silchar & Dullabcherra from past many years for which we submitted many memorandums to Prime Minister and Railway Minister,” Anghsuman Paul said to Barak Bulletin, adding “GM(operation) called me informing that a new train has been proposed connecting Silchar Dullabcherra and has been sent to Railway Board for approval”.

Justifying the need for a new train, in addition to the existing one (which runs tri-weekly), Paul said that the current one runs at an odd time which is of no one’s benefit. “Existing train departs from Silchar at 5 am and reaches here at 8:45 am. Who will come daily morning to Dullabcherra? It should have run the opposite. Therefore we need another train which will stay at Dullabcherra overnight and will depart for Silchar early morning,” he asserted.

The committee also wants the frequency of the existing train to be increased daily.

"This government is for the people of Assam": Sarbananda Sonowal

After a successful demo class with Abhilash Baranwal, IAS; CSAP gears for another one…

No stay on CAA: Supreme court