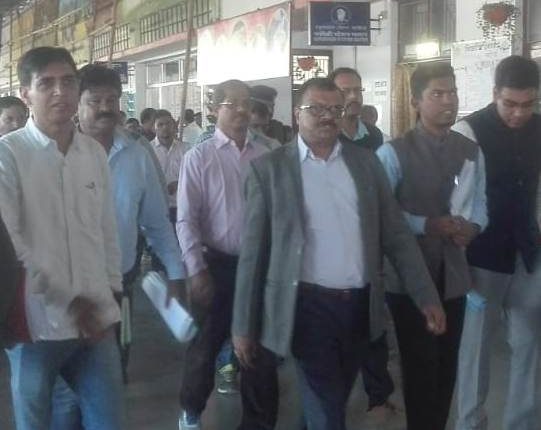 Later, a representative team of the Mazdoor Union met Roy and submitted a memorandum to him seeking fulfillment of various demands including an arrangement of traveling passes for retired railway employees, setting up of pit line for examining goods and proper medical facilities for railway workers among others.

In response, Roy assured them that he would look into the matter and necessary steps would be taken soon.
Eventually, he reached Silchar and carried out an inspection in the railway station. He spoke to railway officials and learnt about various problems related to infrastructure.

Roy, who visited Barak Valley for the first time after taking charge as the general manager of the Northeast Frontier Railway, said steps would be initiated to resolve all the issues in the railway station and ensure that commuters receive improved facilities.

12,000 nurses in Assam, 200 in Silchar temporarily withdraw their strike; further discussion on Dec 4