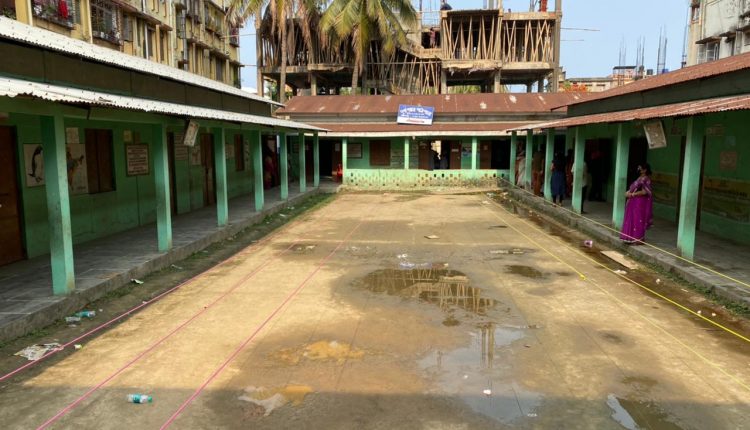 While the Central Government recently announced vaccination for everyone aged 18 years and above since first May by pushing the ball of vaccine allotment towards states, ironically majority of states in India are yet to receive their consignment of vaccines meant for the purpose.

Teenagers as well as people in their 20s and 30s who recently registered themselves for vaccination in the CoWin app haven’t received any slot allotment till now. While many of their parents and elderly family members have already received their vaccine doses, the youngsters are anxiously waiting for their turn to get a jab as a crucial measure of protection against covid.

Speaking about the issue, Cachar District Immunisation Officer, Dr. Sumona Naiding said, “We can’t start immunisation for people aged 18 years and above till we receive any instruction from the higher authority. The registration process is going on and we’re planning about the process from today onwards. Also, we have stopped giving doses to private setup from today till further instruction.”

India at present is going through a monstrous second wave of covid and daily cases are already breaking records in the whole world with a surging death count. The second wave as per experts has been driven by laxity of covid appropriate behaviour, mixed messaging by political leaders and new infectious variants of the virus which have led to community level transmission in the whole country. Vaccines are thought to be still effective against the new variants albeit with a reduced efficacy.

In vitro lab studies have suggested that both Covishield and Covaxin have shown neutralizing antibodies against the B.1.617 Indian variant as well as the B.1.1.7 UK variant both rapidly replicating in the country at present. These are only initial studies and more data will be collected about vaccine efficacy through control groups in the coming days. As per virologists, both the Indian and UK strain are highly transmissible and only the one conferred with evolutionary advantage will become the dominant strain after competing with each other.

India has granted emergency use authorisation to three vaccine candidates – Covaxin, Covishield and Sputnik V. Batches of Sputnik V vaccine have already arrived in Hyderabad’s Dr. Reddy Lab and it is expected to be available in a few weeks. Talks are also ongoing with Pfizer to supply vaccine doses to India after initial setback few months back. Meanwhile, Pune’s Serum Institute of India is planning to manufacture the US vaccine candidate Novavax in the country by using the rebranded name Covovax by September, 2021 as per their plans.

Though all the vaccines manufactured in the world were based on the original Wuhan strain of the coronavirus, yet most of them are still thought to be effective against the new emerging variants worldwide. However, this might change in future as further mutations might render vaccines ineffective. Evolutionary pressure from vaccines as well as immunity from previous infections is forcing the virus to mutate for survival. Booster shots might need to be taken in such a scenario after tweaking the vaccines as per the new evolving variants. Therefore, it is in the best interest of people to get themselves vaccinated for preventing the chain of transmission as letting it pass through humans might only lead to further mutations.