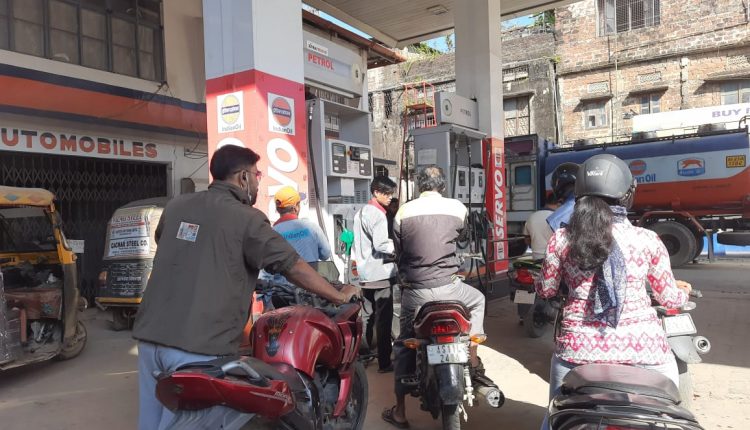 "No Helmet No Fuel" is just a poster in Silchar as only 1 out of 10 bikers wear a headgear.

The Government of India’s National Crime Records Bureau (NCRB) released a report in September stating that Assam had the most number of deaths due to road accidents in the whole Northeast. With 3,245 fatalities, Assam is way ahead of Tripura which had 271 deaths in 2019 while Meghalaya placed third in the list had 176 deaths.

41% of the total fatalities, that is 1,362 people died after being involved in a two-wheeler accident. The report categorically mentions riding without helmets, drunk-riding as commonly witnessed behaviour due to which the accidents are caused.

Despite such alarming statistics, two-wheeler riders in Barak Valley’s Cachar district continue to speed without headgear. As per Barak Bulletin’s research, only 1 out of every 10 motorcycles that enter fuel station have their riders with helmets on. This data has been derived after spending at least one hour in each roadside petrol pump located in the stretch between NIT Silchar and Rongpur.

Many fuel stations have boards that read “No Helmet No Fuel” yet there is no one questioning the riders who enter without headgear. Emphasizing on the importance of helmets, deputy commissioner of Cachar, Keerthi Jalli says, “There is no replacement to our heads unlike lord Ganesha’s privilege. In any calamity, prevention is always easier. The helmet is an absolute must.”

Many districts across the state including Hailakandi have pressed on the “No Helmet No Fuel” initiative. DC of Hailakandi Megh Nidhi Dahal has recently issued a directive addressing all the petrol pump owners. He urged the management of the fuel stations to ensure that they are not refuelling tanks of motorcycles if the rider is not wearing an ISI marked headgear.

Why isn’t Cachar pressing more on “No Helmet No Fuel” initiative? “We try to implement but the motorcycle riders fight with the workers of the pump,” says District Development Commissioner, Jessica Lalsim. She adds, “There are several instances where the petrol pump workers faced assault trying to implement the no helmet no fuel rule in Cachar.”

She feels the only way to get riders wear a helmet is by imposing fines. “It can change only if police are placed at every petrol pump with a fine slip of Rs 5000/- for violation.” DC Cachar, Keerthi Jalli also echoes the same. “Penal action and awareness campaigns will always help,” says DC Jalli.

DDC Lalsim adds that the Petrol Pump management and staff were often threatened when they weren’t supplied fuel. “We took the help of police initially although without fine, but since there is a shortage of manpower from police’s side No Helmet No Fuel could not be continued as a rule,” she says.

The Petrol pump owners have, in meetings with the administration informed that they cannot implement the rule on their own. They need adequate support from the Police. Also, if one petrol pump is denying fuel to bikers for not wearing a helmet and another one isn’t implementing the rule, they lose customers.

According to the Motor Vehicle Act, 1988, every person riding a motorcycle, while in a public place, must wear a protective headgear conforming to the standards of Bureau of Indian Standards. The UN in its report stated that four out of every 10 lives lost in two-wheeler accidents can be saved just by the usage of the helmet. That is a big number.

Officers across the country have maintained that Police alone cannot make helmets a habit in India. It is the family that need to play a larger role. Earlier this month, an Assam University Silchar student died after incurring a head injury. She fell off the bike as her saree got stuck in the wheel. If she was wearing a helmet, there was a 78% chance (according to UN) she would still be alive. 78% is a lot when it is about life and death.