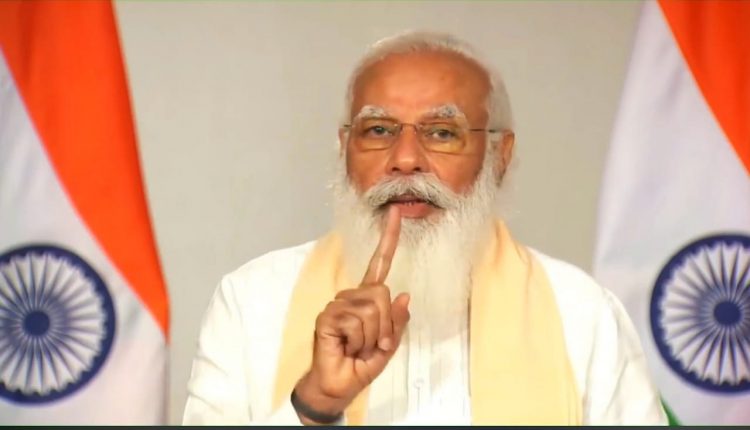 No question of lockdown! PM Modi urges states to use it as the last resort; appeals to keep economic activities going

At 8:45 pm today, the Prime Minister of India, Narendra Modi addressed the nation. “The country is fighting a massive and critical battle against Coronavirus which has hit us like a storm once again,” Narendra Modi started his speech. He added, “My condolences with the families who lost their near and dear ones in recent times.”

His observation is that the challenge is humoungous but the nation will need to remain united and fight against it. Doctors, drivers of Ambulances, police officials, Swacchata Karmi found a special mention in his speech. “I appreciate their efforts and the way they are risking their lives and tirelessly working to save the life of others,” said the PM.

The Prime Minister reassured the nation that the government is putting its best foot ahead to provide adequate oxygen cylinders and combat the crisis. He also mentioned that pharmaceuticals companies are beefing up their efforts to produce medicines in record time. “Covid Hospitals are being constructed and beds are being increased in the existing hospitals,” asserted Modi.

The Prime Minister boasted the team effort that is making India a vaccine superpower executing the largest vaccination drive in the world. More than 12 crore vaccine doses have been administered already and Prime Minister called it the giant step ahead. “Yesterday, we made a crucial announcement that all over the age of 18 can get the jabs. 50 per cent of the doses will be sent to the respective states and the vaccines will be available for free in all the government hospitals,” stated Modi.

However, while the emphasis was on the healthcare situation, the Prime Minister was quick to nudge the nation, “We must keep the economic activities operational as the income must not get hampered. People should not lose their jobs,” asserted Narendra Modi.

He also mentioned that the country today is much more prepared to combat the pandemic. “The country has leapfrogged from not having labs to test to curing patients effectively. Today, we are saving more lives, curing more infected and prepared with PPE kits, medicines and medical facilities,” said Modi.

“Crowdfunding played a critical role in developing the system and preparing the country to fight a pandemic. From here on, we must engage ourselves actively to follow COVID protocols,” added PM.

Two states are under lockdown, but the Prime Minister made it clear that he is not in favour of the strictest restrictions. “There is no question of lockdown, and there won’t be one if we focus on following the COVID protocols. It is my urge to the state governments to use lockdown as the last option. They must all focus on demarcating micro-containment zones and keep economic activities running,” stated the Prime Minister.

Narendra Modi ended his speech by wishing countrymen a healthy life even in the pandemic.