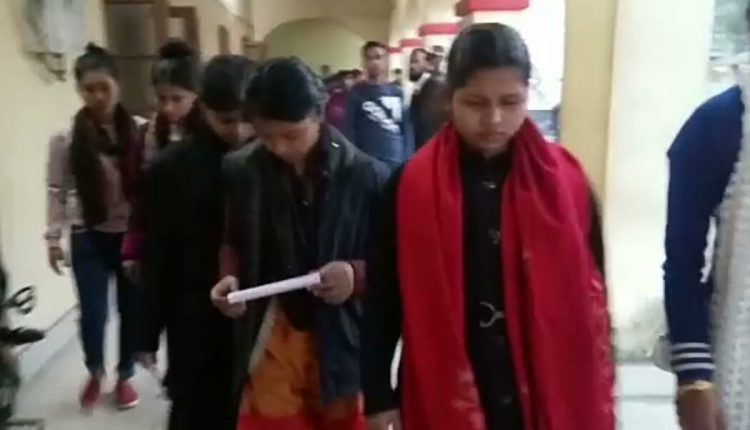 Not illegal immigrant but human traffickers; Bangladeshi couple was selling girls for Rs 5000 each

What most thought was just another case of illegal infiltration, turns out to be much worse. Last night Rangirkhari police arrested nine individuals from Saidpur in Sonabarighat. After initial investigation six were identified as Rohingyas, two were from Chittagong in Bangladesh and one was the owner of the house they were staying.

Amir Khan, who resides in the resident rented by Jahir Khan and his wife is a most wanted criminal on Manipur Police’s directory. As per sources, he picks up Rohingya girls from detention camps and sells them in various parts of India. Four Rohingya girls arrested yesterday was about to be sold in Jammu. Jahir Khan, his partner in the crime told our correspondent that his role was to provide shelter to those girls for couple of days and then escort them to a train. He was promised Rs 5000 for each girl he escorts to the train.

The police officer who cracked this entire racket of child and human trafficking feels close to nine girls were about to be trafficked to various parts of the country through Guwahati via Silchar. Jahir himself admitted that he has close connection with a “bhai” in Jammu, who he was about to send these girls to. According to him, the girls came to India from Bangladesh through Tripura. He and his wife moved to India 15 years back through Agartala and he states that no one stopped him in the border. Today, he has all the documents including Aadhar card to prove himself as an Indian citizen. The Rohingya partner and roommate of the Bangladeshi couple said he migrated from Myanmar to India through Tripura in 2007. Later he got his Aadhar card made through some agents in Manipur.

Owner of the house Saddam cried innocent in court today. He stated that he rented his house after checking all valid documents. According to his statement this was the first time he saw such a huge gathering of girls in the house. However Police sources tell us that this house was used for smuggling girls earlier too.

All the nine arrested were produced before the judge in Silchar Court today. They have all been send on Police remand.