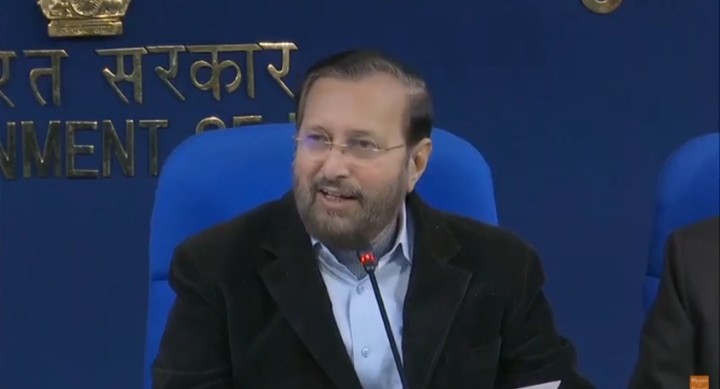 NPR has nothing to do with NRC, says union minister Prakash Javadekar

The union cabinet on Tuesday approved the National Census 2021, and the updation of National Population Register, which is conducted once in a decade across the nation.

Briefing the media about the cabinet decisions, the Union Minister of Information and Broadcasting Prakash Javadekar said “We are launching the massive programme of National census, which happens every 10 years. So 2021 is the census year and every house will be mapped, listed during April & September of 2020.”

The minister further said that it will be a self-declaration process where no proof, documents and biometric will be sought. 2021 Census will also be special in regard to implementation strategy as for the first time Mobile Application will be used to collect data from the citizens. “With the use of technology, results can be declared earlier. As you know census 2011’s interim result was declared in 2016 and final result is still being awaited. So making it digital will be the correct way of implementing” the minister said.

Cabinet has approved the expenditure of Rs. 8,754.23 crore for the exercise of the Census of India 2021 and Rs. 3,941.35 crore for the updation of National Population Register (NPR). The NPR is a list of “usual residents” of the country. A “usual resident” is defined for the purposes of NPR as a person who has resided in a local area for the past six months or more or a person who intends to reside in that area for the next six months or more. It is mandatory for every usual resident of India to register in the NPR.

The Minister also put at rest the concern of some political parties that NRC and NPR are the same. “NPR has nothing to do with NRC. It was a good move started by the UPA government in 2010 and we are just carrying forward it. NRC was not discussed in the cabinet meeting” he mentioned.