A Digital Satellite News Gathering (DSNG) van, also known as an “outside broadcast” (OB) van has reached Silchar Doordarshan Kendra late last night. Such vans have the capabilities of uplinking content enabling broadcasters to downlink the content using satellite transmission. While these vans, commonly used by news channels, can uplink scripted and unscripted recorded content too.

“This is to enable DD Silchar to uplink content to the state channel. This way Silchar will get its satellite time slot,” said Shashi S. Vempati, CEO of Prasar Bharati.

While speaking with Barak Bulletin, the Prasar Bharati (Doordarshan and All India Radio) CEO explained, “Today, the content that is generated locally is only available within the range of that local terrestrial transmitter. Which means the content is not visible anywhere else. By using the system (DSNG Van), content can be sent via satellite. Following which it can be made available everywhere throughout the state channels.”

Vempati informed that this is the first van that has reached Assam and Prasar Bharati is planning to send a similar one to Dibrugarh too. A letter to the editor published on Sentinal Assam states that local transmission is shut in Dibrugarh since July 22.

The moment the van reached Silchar Doordarshan Kendra, its employees started wondering if their jobs are at risk. Vempati ruled it out by stating, “This (the arrival of the van) has nothing to do with employment.” 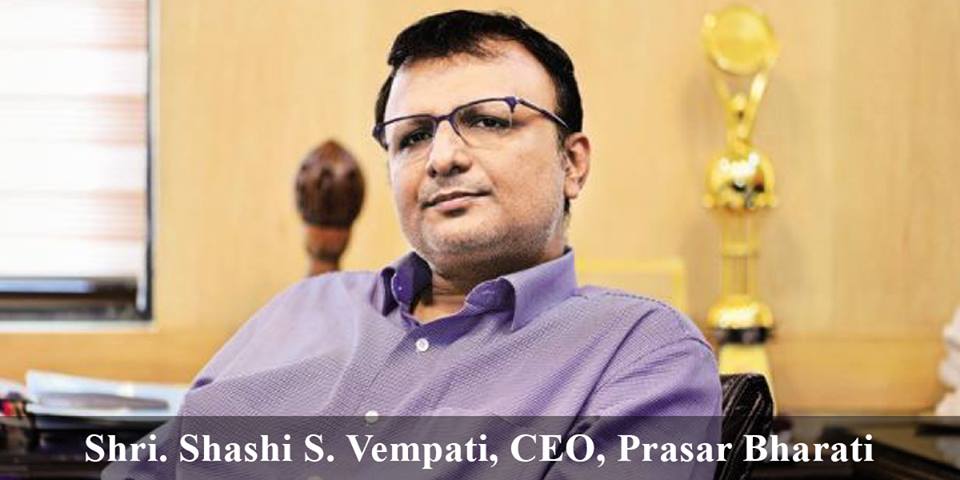 However, he added, “Like every other organisation, there are other rationalisation process in progress in DD too. But that has nothing to do with the satellite transmission and the two are not related to each other.”

Another question that is often raised each time there is a discussion on satellite transmission and linkage with DD Assam is whether the hours of production will get curtailed from the existing slot of three hours. When asked, the CEO asserted, “No such plans. DD Silchar will continue to originate as much fresh content on a daily basis as it did before.”

Barak Bulletin tried to speak with local officials in Doordarshan Kendra Silchar, but they did not respond.

If sources are to be believed then the DD headquarters are not very happy with the performance of Doordarshan Kendra Silchar. Sources close of the development informed that from the quality of the programme to dependence on contractual workers for production, everything is “being looked at by the top officials.”