Offline examinations too risky? Here is what young leaders have to say about Assam University's decision

The Covid-19 pandemic has crippled the entire education system of the nation. Almost throughout the entirety of last year continuing to this year as well, the pandemic has forced education boards and Universities to either postpone or shift classes and examinations to online modules. The Assam University, Silchar also went through such a conundrum. After stalling for months, the University decided to conduct the TDC under-graduate examination in offline mode which created a huge backlash among the students’ fraternity. Even after several protests and demonstrations by the students in front of the DC office and the Assam University main gate, the University administration was adamant regarding their decision to conduct the TDC examination of all the affiliated colleges in offline mode only.

The TDC under-graduate and BA LLB examination commenced on April 6, thus ignoring the agitation and demands of the students. The Registrar of the Assam University, Silchar, Dr. Pradosh Kiran Nath,in an interview with Barak Bulletin had said that they were open to online examination provided that the Principals of all the affiliated colleges write to them demanding such, which helped little to strengthen the case of the students. Amid rising Covid positive cases, many institutions all over the country have already decided to postpone all academic activities including examinations.

Today, a TDC student of the Guru Charan College in Silchar, came out positive for COVID19, which has even furthered the panic existing among the students appearing for exams. The student is a resident of Kalain and is studying Chemistry honours at the GC College. Even though the Controller of Examinations of the Assam University, Dr. Suprabir Dutta Roy did try to shift the blame to the college authorities, still the public frustration regarding the handling of this examination issue during the pandemic remains largely pointed towards the University administration.

The news of a TDC student testing Covid positive amidst the odd semester examination has sent a frenzy among the people of Silchar. Regarding the issue, ABVP State Secretary Rakesh Das said, “Of course, the health of the students is of utmost priority, but so is the career of a student. They’re already behind the academic schedule by six months, postponement of examination means their career gets lag behind by a year, which would be a big blow to them.” 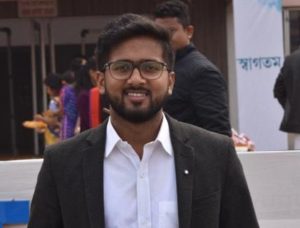 “We cannot pressurise the Universities to go for complete online examination as time is also a factor here and many students too don’t feel comfortable or aren’t acquainted with this mode,” ABVP State Secretary Rakesh Das

Das added, “We in ABVP want to sort out a solution which doesn’t postpone exams but also keeps the health of the students as the topmost priority. In the coming days, we’ll map out a memorandum and send it to the different Universities across the state, perhaps something like a blended mode of both online and offline examination could be a way out without risking the health of the students. We cannot pressurise the Universities to go for complete online examination as time is also a factor here and many students too don’t feel comfortable or aren’t acquainted with this mode enough to try it out. That’s why this issue warrants some time to think over and we at ABVP will pretty soon give out an official memorandum on that.” 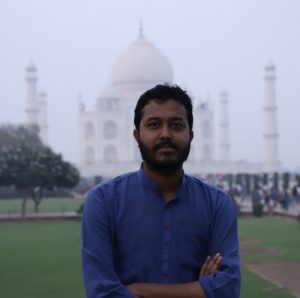 The SFI General Secretary of Assam, Kashyap Choudhury aired similar sentiments as well. He said, “From the very beginning, we were of the opinion that a blended mode of examination consisting of both online and offline mode should be considered.” 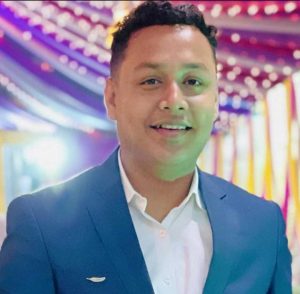 “When we tried approaching the Vice-Chancellor, he refused to meet us citing the reason that it runs the risk of him getting infected with the virus,” The President of the NSUI, Cachar district, Masuk Ahmed Laskar

The President of the NSUI, Cachar district, Masuk Ahmed Laskar, informs that when the notification of conducting the examination in offline mode was released, they had appealed to the University authority to find out an alternative way of conducting the examination. “Back then, when we tried approaching the Vice-Chancellor of the Assam University regarding this issue, he refused to meet us citing the reason that it runs the risk of him getting infected with the virus,” shares Laskar.

He finds it strange that the VC who is so cautious about his own health is putting the lives of students at risk. “So, the students sitting for exam are not prone to the virus? The infection rate might be lower in the Cachar district, but there are many students who have come from states like Manipur, Mizoram, Meghalaya to study here. What if any one of them carries the virus from their region to here? We had already told this to the authority and even told them that if the worst thing comes to pass, only they would be responsible for that. But they didn’t even respond to our appeal,” added Masuk Ahmed Laskar.

He also stated that the NSUI would send a memorandum to the District Administration on Monday seeking a solution to this crisis and put an end to this panic.

Kushal Dutta, of the Yuva Congress Committee who was closely following the student agitation recently, feels only after discussing this issue with everyone, starting from the students, their families, to the teachers and principals of the affiliated colleges as well as the intellectuals of the city, should they take any decision of conducting the examination. 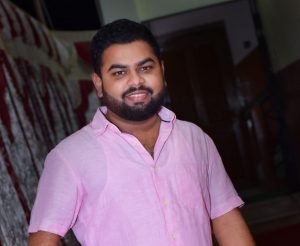 “The Controller of Examinations is just justifying their stance by saying that the first few examinations were conducted smoothly,” Kushal Dutta, of the Yuva Congress Committee

“Why are they so reluctant to take any input from anybody other than themselves? If they don’t agree with the students, at least talk to the college teachers and principals to gauge the situation of the Corona pandemic before coming to any final decision. The Controller of Examinations is just justifying their stance by saying that the first few examinations were conducted smoothly, hence there’s no point in worrying. But there’s no saying when would the symptoms show up, it could be a week or a couple of weeks until any symptom shows up, so one can never tell by observing only a few days,” says Dutta.

Although many intellectuals and student leaders of the city too have shared their feeling of anxiety regarding this crisis, Assam University is yet to come up with an official statement stating their next line of action. All students deserve a safe and secured place to sit for an exam, and it would be cruel and unkind to make the students sit for the exam with an ominous fear of getting infected sitting at the back of the mind. At the same time, when millions are gathering for religious congregations and election rallies, does the University has enough grounds to postpone the examination? CBSE did find enough reasons to cancel the board examination. From below 50 cases a month back, to more than 200 currently, Barak Valley is witnessing a significant spike in the number of COVID cases!!!

Silchar floods through the lenses of Partha Seal: A journey to humankind