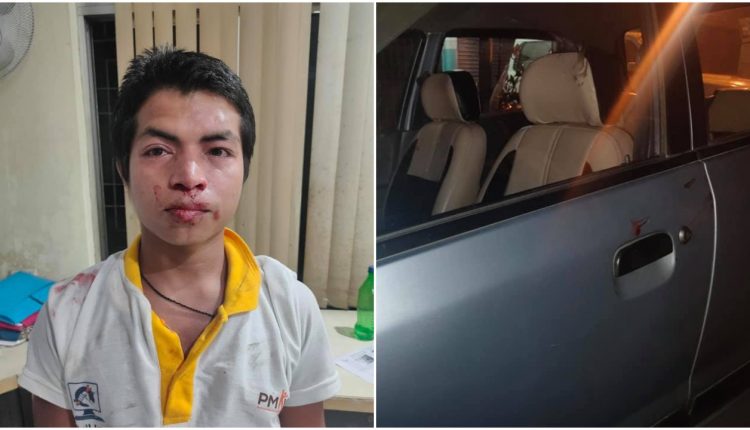 On-duty Dainik Prantojyoti staff gets beaten by mob in Silchar

An employee of a daily newspaper, Prantojyoti Dainik, was attacked by some 15-20 miscreants on Thursday night, which has drawn intense anger and flak from the media fraternity. The Police, responding immediately to the incident have succeeded to nab three of the miscreants and are searching for the others.

It is learnt that Suman Sinha (the victim) was returning after dropping a local journalist at his home when miscreants stopped his car near Kathal point and started misbehaving with him. Sinha got out of the car and tried to explain the group that he is an employee of a news daily and is on duty. He also showed his ID card but the miscreants disobeyed him throwing away the card and started to hit his nose, face, back and forth. At one point of time, Sinha tried to flee away, without being able to withstand the beating, when miscreants started to break the glasses of his car.

A complaint was launched immediately at the Silchar Sadar Police station, acting on which Police arrested three people on the same night. According to police, more culprits will be nabbed after sufficient investigation is completed out.

Silchar Media circle has condemned the incident saying that journalists have been working for about 24 hours during this tragedy. Prime Minister Narendra Modi has appealed to the nation to stay at home. However those in emergency services are working hard in this calamity. It is being observed that many people are defying the lockdown and coming out of their residence.

People from all walks of life have condemned the incident on social media, demanding strict punishment for the culprits.