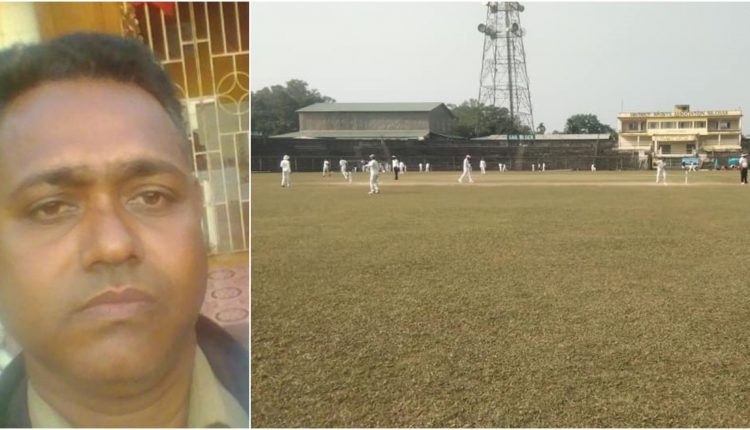 Once a stylist batsman for whom the clubs in Silchar used to fight, Raju Hazam is battling financial crisis amidst the pandemic

The Corona pandemic has pushed most of the world into financial recession. This deadly virus has crippled people from all sectors financially. Last year, there was a long lockdown due to the Corona. And as a result, everyone had to spend time under house arrest. And this has ruined most forms of commercial and trade activities. People have been trying to overcome that setback for the last six months. But in the meantime, the second wave of the coronavirus had already hit the entire country. Daily infections began to increase at a record rate, which in turn piled up death counts thereby creating panic among the common people. As a result, a lockdown-like situation was created in the whole country once again. A partial curfew was imposed in Assam. As a result, trade and commerce once again went into gutters.

As of now, shops and marketplaces in the state are allowed to function from 5 am to 11 am. Then the curfew starts at noon. As a result, in such a situation, it can be said that nothing substantially profitable is happening in business and trade. Those who have small businesses or shops are having a hard time. One such person is Raju Hazam, a former cricketer from Silchar.

Raju Hazam has a small Pan shop next to his house in Tarapur. He has a family of five including two young sons, his wife, and his mother. It is always difficult to run such a family by banking on a small pan shop. Meanwhile, the Corona lockdown and the curfew have pushed Raju Hazam’s family into a financial crisis.

Raju Hazam was a well-known name in the Silchar cricketing world in the 90s. The left-arm top-order batsman was one of the most stylish batsmen of his time. Raju started his career in 1996 with Student AC by playing in the B division. The following year, he played for the Tarapur Sporting club in the Second division. However, due to the immediate impact of his performance, he got a place in the first division team Tarapur AC from the very next year.  From then on, the southpaw Raju did not have to look back at all.

He played in the first division by donning the jerseys of clubs like Classmates Union, Itkhola AC, Silchar Sporting Club, Bijoyi Sangha, and Udayan Sangha. Also, Raju has a record of playing three times in a row for the Itkhola club. Raju Hazam also has a special record in Silchar cricket. It is often heard that once Raju was in such s sublime form during one season that a club almost kidnapped him on the days of the inter-club transfer window.

Raju Hazam’s father Arjun Hazam was a former footballer from the district. The late footballer Arjun Hazam was quite famous in the whole district. Once in the 60s, Silchar became champion in senior inter-district football. Arjun Hazam was a regular member of that team and was one of the pillars of that squad. He was called up for the state team’s trial on several occasions. But due to the financial crisis, his football career could not progress any further.

Unfortunately, even in the case of Arjun Hazam’s son as well, that financial weakness stood in the way. Raju Hazam had to quit cricket to cope up with his family pressure. He has been taking care of his family for the last few years with a small pan shop next to his house. Raju said that despite the hardships, he was still able to somehow run his family of five people with this small shop. But the lockdown and subsequent curfew have crippled his financial stability. Raju said, “I am having a hard time. I have a small pan shop and its income is very limited. But now due to this curfew, even this humble income is hard to come by. The store has to be closed shortly after opening in the morning. So tell me how many sales could be done in such a situation?”

Although the rate of Corona infection has gotten slightly lower in our country, the Coronagraph in the Cachar District has been rising in the last few days. In such a situation, when would the situation gets normal, and when would the shop reopen?  Raju Hazam is having a hard time tackling this crisis. He said, “I don’t know how to keep going anymore, and I can’t think of anything else either. I have been opening the shop every morning for the last few days. But sales are pretty poor. Not a single penny was sold yesterday. How long can it go on like this?”

This is another horrible aspect of the Corona pandemic.  And there are many such cases like Raju Hazam who have been financially crippled by the deadly Covid-19 virus and its subsequent effects.