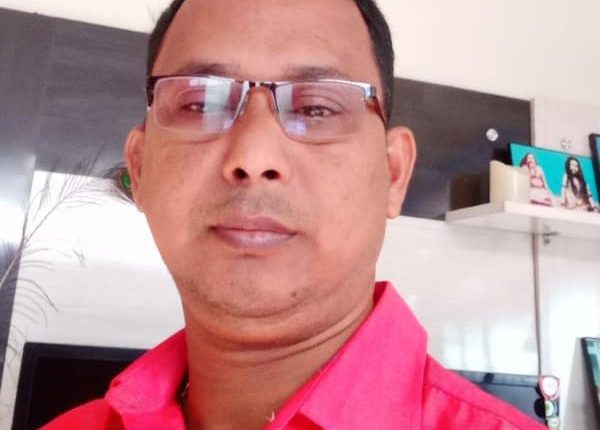 Once upon a time a star cricketer, Silchar's Alok Sarkar is unwell

Once upon a time, Cachar district allrounder Alok Sarkar used to rule the 22 yards in Cricket. A consistent all-rounder like him has rarely been seen in the Silchar cricket scene. Whatever be the format of cricket, he was a true match-winner throughout. Not only at the district level, but this right-handed all-rounder also holds a special place as one of the best cricketers in the history of the entire Barak Valley as well. Although he had retired back in 2007, he still occasionally had to play for the club. The last time Alok graced the Cricket field was in 2013 wearing the jersey of the Town Club. Although he has already left the field, he is still associated with it as a sports administrator. But over the past two years, his health has faced a steep decline. As of now, the former star allrounder Alok Sarkar is undergoing dialysis twice a week.

Alok started feeling physical discomfort during March last year. Without further delay, he then made arrangements for treatment out of the state, and for that purpose, he also booked the flight ticket. But the pandemic did not stop, rather got worse. The central government then announced a lockdown across the country to prevent the spread of the Covid-19 virus. As a result, the former right-handed star could not go out for treatment even after making all the necessary arrangements, which further exacerbated his kidney problems. After the first wave of the Coronavirus got over, the former star came to Bangalore for treatment two months ago. Now he has to take dialysis regularly twice a week.

Alok Sarkar represented the district team for the first time in the inter-district U-16 Cricket in the late 80s. And that was the beginning of his star-studded career. Since then, he had played for district teams at different levels starting from the early 90s. In the meantime, Alok got a chance to wear the jerseys of the local big clubs as he had gained a good reputation by then. In the local A division league, he has played for Bijoyi Sangha, Tarapur AC, India Club, Itkhola AC, Classmates Union and Town Club.

Alok Sarkar has earned a good reputation not only as a cricketer but also as a captain and coach. How to get the best out of players, in this regard, it’s hard to find someone as efficient as Alok. As a captain, he loved to lead his team from the front. Due to his consistent performances in various district level competitions, he was called for Ranji trials on three separate occasions.

There are very few cricketers in senior inter-district cricket who have a record of taking 5 wickets as a bowler and also having a century. Alok has been named the tournament’s top scorer and Man of the Series several times in the A division cricket league. Originally a right-handed pacer, he also occasionally bowled off-spin when necessary.

As a sports administrator, he has made a significant contribution to the ground of Silchar. Alok is the Cricket Secretary of the Town Club, one of the biggest clubs in Silchar. He has been performing this duty for the last 15 years. The former right-handed all-rounder oversees everything in the club starting from the Town Club team formation process to everything related to Cricket. However, due to the Corona pandemic on one hand, and also due to his frail health conditions, Alok has been away from the Cricketing world for quite some time now.

Although Alok is physically away from the field, his mind is still hovering in the Cricket field. Even if he doesn’t want to blame anyone, there’s still a hint of disappointment lurking in the corner of his mind. In his words, he has done a lot for Silchar Cricket and also for the development of the Silchar District Sports Association (DSA). But today, at a time when he’s ill, the Silchar DSA has not inquired about his health. Even in the last 2 years, the association has not inquired at all about his weakening physical condition.

The Silchar Veteran Cricketers’ Club too did not take any clue about his physical condition all this while. Whereas, Alok was instrumental in making Silchar champions in the inter-district veteran cricket tournament. He was adjudged as the Man of the Tournament as well as the Best Player of the Final. He also has disappointment over his own club Town Club, for which he turned down their offer of financial support from the club some time back. Alok was clear in his opinion that whatever happened to him should not happen to any other player.