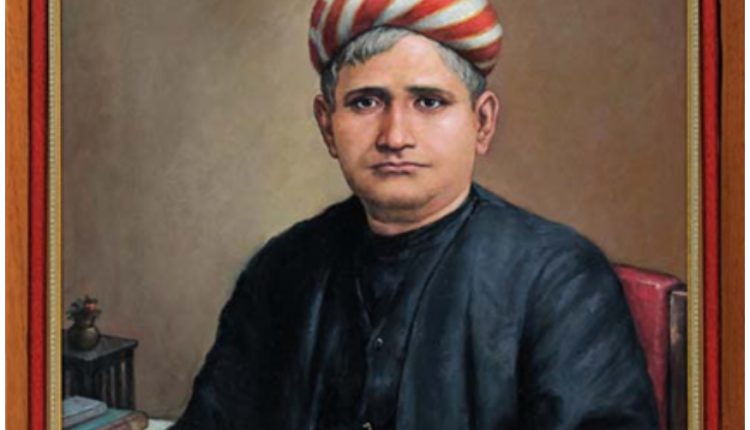 Vande Mataram is a Bengali poem written by Bankim Chandra Chatterjee in 1870s, which he included in his 1882 novel ‘Anandamath’. According to historians, the poem was first sung by Rabindranath Tagore in 1896. The first two verses of the song were adopted as the National Song of India in October 1937 by the Congress Working Committee prior to the end of colonial rule in August 1947.

This is a fact that is known to everybody, but there is still some confusion. People continue to debate if it was written in Bengali or Sanskrit. Samujjal Das, assistant employment officer, Government of Assam tries to settle the dust, “Yes, the part which we recite as our National Song sounds like Sanskrit because it is written in Tatsama Bengali (i.e. Sanskritised Bengali) and also pronounced in a Sanskritised manner,” he writes. Adding, “The fact that it is a Bengali song becomes clear in the later verses of the song where there are usage of pure Bengali words. Also note that the song has been taken from a Bengali novel Anandamath, written by Bankim in the backdrop of one of the earliest revolt against British i.e. Sanyasi rebellion of Bengal.”

Das uses the 2017 K Veeramani, an aspirant for BT assistant post in a school versus Teachers Recruitment Board case heard by the Madras High Court as a reference. K Veeramani had encountered the question on the linguistic origin of Vande Mataram in a competitive test held by Teacher’s Recruitment Board for appointment as BT Assistant in government schools in Tamil Nadu. In his answer script, Veermani had said the national song was written in Bengali, but the board had declared the answer incorrect, making him miss the recruitment to the post by one mark.

In his plea to the court, Veermani said he was awarded 89 marks against the minimum eligibility of 90. He said the incorrect valuation of his answer sheet resulted in his missing the recruitment to the post because the TRB had given Sanskrit as the answer in its final key.

When the matter came up, the petitioner’s counsel submitted that Bankim Chandra Chatterjee wrote the national song in both Bengali and Sanskrit, while the additional government pleader argued that it was written only in Sanskrit and later was translated to Bengali.

The case came up before justice MV Muralidharan he directed advocate general of Tamil Nadu, R Muthukumaraswamy to ascertain facts and present it in the court. The advocate general, following the order of the judge, did his homework. He then informed the court that, “Though the term ‘Vande Mataram’ was in Sanskrit, the script of the lyrics was written in Bengali.”

The judge asked the board to award a mark to K Veeramani, India found a legal answer to the question If Vande Mataram was written in Sanskrit or Bengali.

A quarrel over petrol price turns to a battle in Barak Valley; 4 injured, CRPF deployed

Schools opened but parents hesitant to give NOC, attendance in Silchar remains low